A site said to be connected to Russian intelligence recruited and paid Americans to write stories on a host of issues, including American politics and racial inequality in the U,S.
Listen now to WTOP News WTOP.com | Alexa | Google Home | WTOP App | 103.5 FM

Jack Delaney, an aspiring writer living in Brooklyn, New York, had his world turned upside down on Tuesday, when the 26-year-old found himself at the center of an apparent Russian plot to covertly insert itself into the American national conversation.

It all began in July when Delaney received a private message on Twitter from “Alex Lacusta,” who introduced himself as an editor with Peace Data, an independent leftwing online magazine.

The editor said he had seen some of Delaney’s pieces on other independent, mostly left-leaning sites and wanted to offer him a regular, paid column.

Delaney, who had lost his day-job at a restaurant early in the Covid-19 pandemic, thought this could be his big break.

He began writing for the site, producing three articles over a few months for $100 a piece.

His articles could have appeared on any independent leftwing site, with headlines including “QAnon Is Meant to Spread Fascist Mythology and Distract From U.S. Failures” and “Overfunding of U.S. Military Is Driving Climate Change and White Supremacist Culture of War Crimes.”

But Peace Data and “Alex Lacusta” were not what they presented themselves to be.

On Tuesday, Facebook, acting on a tip from the FBI, said Peace Data was part of a covert Russian campaign — tied to the same Russian group that used social media to interfere in the 2016 US presidential election.

In a post on the website after Facebook’s announcement, Peace Data maintained it was an independent site and disputed the company’s findings. The Russian government has not commented.

The smiling man in Lacusta’s profile picture on Twitter, the account that had offered Delaney work, did not exist, according to experts. Though realistic looking, the picture was computer-generated, using new artificial intelligence techniques.

Peace Data had recruited and paid Americans to write stories on a host of issues, including American politics and racial inequality in the US.

While it has a modern, digital twist, the scheme comes straight from a playbook Russia has been using since at least the Cold War: tap unwitting Americans to help highlight cracks in American society and elevate dissenting voices. It’s all part of a campaign the US government says is designed to exacerbate divisions in American life.

Delaney, and others like him, are by all accounts acting in good faith, simply writing articles and opinion pieces they would for any other outlet.

Voices that challenge conventional wisdom are all good things, says Delaney, but not at the behest of a foreign (or any) government. The writer was shocked, appalled, and embarrassed on Tuesday when he came to the realization he had been co-opted by an apparent Russian influence operation.

“I’m obviously no fan of Putin or the Russian government,” he told CNN in an interview on Thursday. “I don’t want to have any association with an authoritarian regime.”

Delaney wasn’t the only one — some other Americans were also unwittingly coopted to write for the website.

In 2016, the same Russian troll group that Facebook said was tied to Peace Data, ran a network of fake sites and social media accounts posing as everything from Black Lives Matter activists to pro-Second Amendment groups. CNN has previously documented how, as part of that effort, unwitting Americans were recruited to organize protests and stage stunts.

Special Counsel Robert Mueller’s investigation in 2018 identified the persona “Alice Donovan” as being run by the GRU, Russian military intelligence.

The persona was used to plant articles in a real US publication, the independent leftwing magazine CounterPunch.

CounterPunch’s managing editor Joshua Frank outlined at the time how his publication had been duped. And it appears CounterPunch remains a target of Russian influence operations.

Frank shared emails with CNN this week that had been sent over the past few months to CounterPunch from “Alex Lacusta.”

The person posing as Lacusta pitched all three of Delaney’s stories to CounterPunch, in an apparent attempt to have a real American publication publish Russian-commissioned pieces written by real Americans.

“We would really appreciate if you could share this story on your platform. Looking forward to your reply and fruitful cooperation,” one email read.

CounterPunch did not run the pieces.

Frank told CNN Wednesday, “This sort of thing ultimately hurts real journalists caught up in it and independent media more broadly, especially outlets that are critical of the United States government, by casting doubt about our authenticity.”

Delaney, meanwhile, is hoping he’ll be able to find work with a genuine publication.

“I’m more mad at myself for letting this happen than at Vladimir Putin or Russia or anything like I should have, I should have my guard up a little bit more,” he said. 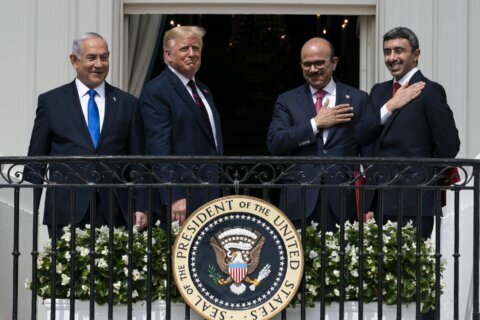