DAWSONVILLE, Ga. (AP) — A hiker seeking help for her injured boyfriend was found dead at the bottom of falls along a trail in the north Georgia mountains, news outlets reported.

The two were hiking at Cochrans Falls on Friday when the man injured himself, Dawson County Fire Chief Danny Thompson told reporters, according to the Atlanta Journal-Constitution.

Rescuers found the man, and he was taken to a hospital with head, back and knee injuries. He said his girlfriend had gone for help.

“The falls obviously go up into the mountains,” Thompson said at the news conference. “The elevation is almost 2,000 feet and she was located down in the bottom area.”

Authorities have not said how she died, according to the newspaper. Officials also have not identified the couple, except to say they were in their 20s.

The Dawson County Sheriff’s Office has been asked to investigate. 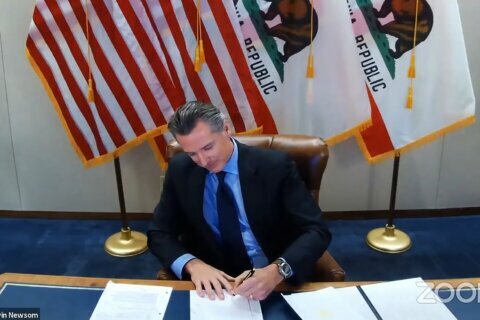