Attorney General Ashley Moody sent letters to the Florida Department of Law Enforcement and the FBI saying that further investigation is warranted. Gov. Ron DeSantis had asked Moody to review allegations that Bloomberg and the Florida Rights Restoration Coalition had violated the law by offering incentives for voting. DeSantis and Moody are both Republicans.

“I have instructed the Statewide Prosecutor to work with law enforcement and any Statewide Grand Jury that the Governor may call,” Moody said in a written statement.

In 2018, voters approved a constitutional amendment to restore most felons’ voting rights once they’ve completed their sentences. The exception was for murderers and sex offenders. But when crafting the law to implement the amendment, the Republican-dominated Legislature said that rights wouldn’t be restored until all fines, court fees and restitution were paid.

Bloomberg announced this week that he raised more than $16 million to help pay off the financial obligations for felons so they can vote. While the coalition says it doesn’t target people based on their political affiliation, Moody is questioning whether the donation violates laws that prohibit giving people incentives to vote.

A federal appellate court ruled on Sept. 11 that in addition to serving their sentences, Florida felons must pay all fines, restitution and legal fees before they can regain their right to vote. The case could have broad implications for the November elections. Florida has 29 electoral college votes that are crucial to President Donald Trump’s hopes of staying in the White House.

Moody’s letter was sent on the same day DeSantis and the independently elected Cabinet, acting as the state clemency board, decided not to act on a pardon petition sought by Florida Rights Restoration Coalition President Desmond Meade. Moody is a Cabinet member, but declined to vote on Meade’s request for a pardon. DeSantis said he wanted more time to review his case.

The money Bloomberg raised is targeted for felons who registered to vote while the law was in question and who owe $1,500 or less. That accounts for about 31,100 people, his staffers said. In a state that decided the 2000 presidential election by 537 votes, that could be critical in a year when polls show Trump and former Vice President Joe Biden in a dead heat.

The Florida Rights Restitution Coalition had raised about $5 million before Bloomberg made calls to raise almost $17 million more, according to Bloomberg staffers.

Agriculture Commissioner Nikki Fried, Florida’s only statewide elected Democrat and a member of the Cabinet, criticized the decision to investigate Bloomberg.

“Florida Republicans will stop at nothing to prevent people from voting, and this is another ploy to suppress the voices of those trying to regain their right to vote,” Fried said in a statement. Whether Mike Bloomberg, John Legend or Lebron James, these are are contributions made legally.”

After not being pardoned Wednesday, Meade said the clemency process is supposed to be about recognizing that people have turned their lives around and contributed to society, and he feels he’s done that.

“They said they weren’t going to go into retrying the past, but it feels like there was a slight attempt to do so,” Meade said. “In spite of whatever I’ve done in the past, I’ve clearly demonstrated over the last 20 years that my life has been committed and dedicated to giving back to society, to make my community a better place, to bring people together.”

Meade has his voting rights, but he is hoping to have all his civil rights restored. He served prison time for drug charges and other offenses, but began turning his life around when he was released in 2005. He earned a law degree, but can’t work as a lawyer because of felony convictions. That’s one of the reasons he wants his rights restored.

Neil Volz, the group’s executive director, has also had his voting rights restored and the clemency board restored his other civil rights Wednesday. But he lamented that Meade wasn’t given the same privilege. He noted that Meade was selected on Time magazine’s 2019 list of most influential people in the world and chosen as the University of Florida’s Bob Graham Center for Public Service’s “Floridian of the Year.” Graham is a former governor and U.S. Senator.

“Here’s a guy who got his law degree and is unable to practice law,” Volz said. “It just seems like, then what is enough?”

The question of satisfying financial obligations before voting rights are restored continues to be battled in court. On Sept. 11, a federal appeals court reversed a lower court ruling that gave Florida felons the right to vote regardless of outstanding restitution, court fees and fines. 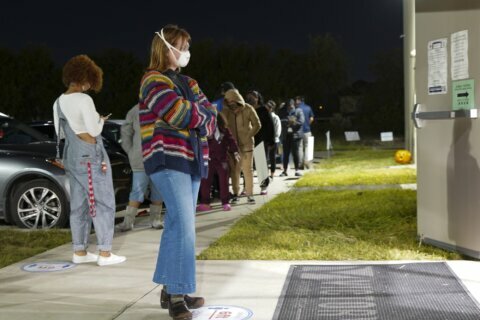 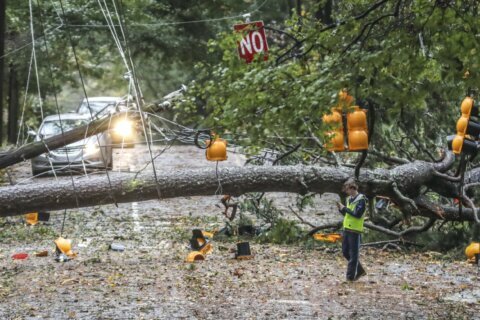