NEW YORK (AP) — A federal appeals court tested the waters on a potential compromise, but didn’t immediately rule Friday after arguments in President Donald Trump’s long-running fight to prevent a top New York prosecutor from getting his tax returns — a battle that seems destined to return to the Supreme Court.

A Trump lawyer argued that a subpoena for the records is overly broad but balked when an appellate judge suggested the court might be able to alleviate that concern by limiting the scope of documents being sought.

Trump’s lawyer, William Consovoy, signaled they will be satisfied only if Manhattan District Attorney Cyrus Vance Jr. is barred from getting all of the requested records. Consovoy is seeking to have the case sent back to a lower court that last month rejected his attempt to quash the subpoena, arguing that judge erred in his ruling.

If the three-judge panel refuses to put a hold on the enforcement of the subpoena, Trump’s lawyers will be forced to ask the Supreme Court to prolong the legal fight. The high court, which ruled 7-2 against the president in July, is down to eight justices after the death last week of Ruth Bader Ginsburg. The matter may not be fully resolved before the November election.

Trump’s lawyers appealed to the 2nd U.S. Circuit Court of Appeals after a district court judge last month rejected their renewed efforts to invalidate a subpoena that the Vance’s office issued to Trump’s accounting firm as part of a grand jury investigation into his financial and business dealings.

The appellate judges appeared to meet Consovoy with a fair amount of skepticism, reminding him of the wide latitude grand juries are given to investigate potential wrongdoing. Judge Robert Katzmann suggested Trump’s lawyer was asking the court “to change the way grand juries have done their work time immemorial just because we’re dealing with somebody who’s president of the United States.”

Trump’s lawyers maintain that the subpoena seeking eight years of the president’s corporate and personal tax returns amounts to a “fishing expedition” and that Trump should be afforded the same protections as ordinary citizens in the same situation. They argued that aside from acknowledging an inquiry into money paid to two women who alleged affairs with Trump, Vance’s office hasn’t specified why it needs such a vast collection of his financial records.

Given that argument, Judge Raymond Lohier asked Consovoy if the president’s side could live with a ruling that limited the subpoena to tax returns between 2011 and 2016, when the payments were made. Consovoy said no.

“Is there a request for documents that would not, in your view, be over broad?” Lohier asked.

“No,” Consovoy said. “I think the answer is probably no, your honor.”

Carey Dunne, of the district attorney’s office, said Trump and his lawyers have been on notice throughout the subpoena fight that the investigation involves more than just payments related to alleged affairs — but because of grand jury secrecy rules, they can’t be told specifically what the office is after.

“The recipient of a subpoena just doesn’t have a right to go to court and demand to be told what an investigation is all about,” Dunne said.

A temporary stay remains in effect, preventing any tax records from being turned over at least until the latest appeal is decided. Trump has said he expects the case to return to the Supreme Court, making it unlikely the dispute will be resolved before the Nov. 3 election pitting the incumbent president and Democratic rival Joe Biden.

The Supreme Court in July ruled that the presidency in and of itself doesn’t shield Trump from the investigation, prompting Trump’s lawyers to raise new objections and start the appellate process over again.

With its decision, the Supreme Court returned the case to U.S. District Judge Victor Marrero in Manhattan so Trump’s lawyers could seek to block the subpoena on other grounds. In rejecting their arguments, Consovoy said, Marrero “stacked the deck against the president by asserting that these claims are a disguised attempt to re litigate categorical immunity.”

Trump’s lawyers also contend the subpoena might have been politically motivated and amounted to harassment, though Consovoy didn’t spend much time arguing those points at Friday’s hearing.

Trump, like his lawyer, has called Vance’s investigation “a fishing expedition” and said it’s “a continuation of the witch hunt — the greatest witch hunt in history.”

Vance, a Democrat, began seeking the Republican president’s tax returns from his longtime accounting firm over a year ago, after Trump’s former personal lawyer Michael Cohen told Congress that the president had misled tax officials, insurers and business associates about the value of his assets.

Vance’s office argued in court papers this week that there’s “a mountainous record” of public allegations of misconduct to support its efforts to obtain Trump’s tax returns, such as news reports alleging Trump or his companies inflated or minimized the value of assets for business and tax purposes.

Even if Vance does get Trump’s tax records, those would be part of a confidential grand jury investigation and not automatically be made public. 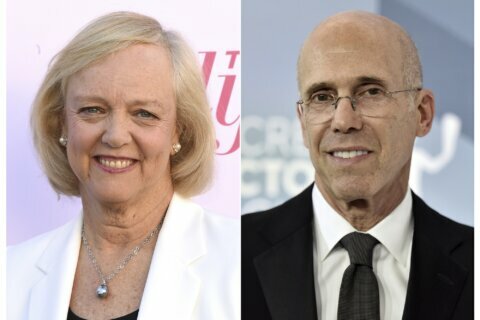 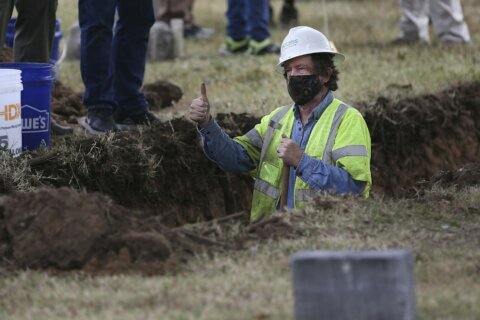