ATLANTA (AP) — Georgia’s state election board on Thursday referred Election Day problems in the state’s most populous county during the June primary to the attorney general’s office for further review.

The referral, which was decided by a 2-1 vote of the board, followed a presentation of an investigation by the secretary of state’s office into problems in Fulton County during the June 9 primary. The allegations include polling places opening late, inadequate training of poll workers and failing to provide necessary Election Day forms to polling places.

The referral comes a week after the board referred the results of an investigation into the county’s handling of absentee ballots during the primary to the attorney general. That investigation concluded that the county had failed to process some absentee ballot applications and send requested ballots to voters.

Amanda Clark Palmer, an attorney for Fulton County, said county election officials acknowledge that there were problems, many of them caused by the coronavirus pandemic. But she said the county has taken substantive steps since then to make sure those aren’t repeated.

“This board should vote to close and dismiss the matter, rather than taking any other action,” Clark Palmer told the board. “And to be fair and just, you should also thank the hard work of the Fulton County elections board and their staff.”

Long and slow-moving lines — with some voters waiting up to six hours — resulted from too many voters being assigned to the same polling place and insufficient poll worker training, among other issues, secretary of state’s office investigator Frances Watson told the board.

Forty-five polling places changed location for the June primary, 37 because of COVID-19. That created confusion for voters, some of whom did not receive notification of the change in the mail until after Election Day, Watson said.

Equipment problems included glitches in the machines used to check in voters, voting machines failing to power on or needing to be reset and ballot scanners jamming or losing power, she said.

Board member David Worley, a Democrat who voted not to refer the allegations to the attorney general, said many of the problems on Election Day seemed to be related to the virus outbreak and that it appeared Fulton County handled them as well as it possibly could.

The problems weren’t unique to Fulton County, he said, noting that 20 other counties also had to keep polling sites open past 7 p.m. because they had opened late.

It’s generally been the board’s practice to take into account how responsive a county has been, how willing it is to correct problems, Worley said.

“I do think that Fulton County has been very forthright, very cooperative in dealing with these problems,” he said. “They certainly are taking these matters very seriously and working very hard to make sure these issues don’t come up again in November.”

But he failed to convince them to dismiss other allegations, including inadequate poll worker training and delayed openings of polling places. He expressed concern that the board was putting itself in a position to have to make a referral to the attorney general’s office any time polling sites open late.

The other board members present, Matthew Mashburn and Anh Le, dismissed that concern, saying the facts of each individual case dictate referral.

After its own legal review, the attorney general’s office can try the case before an administrative law judge for an opinion or work out a negotiated consent order, spokeswoman Katie Byrd said after last week’s referral. 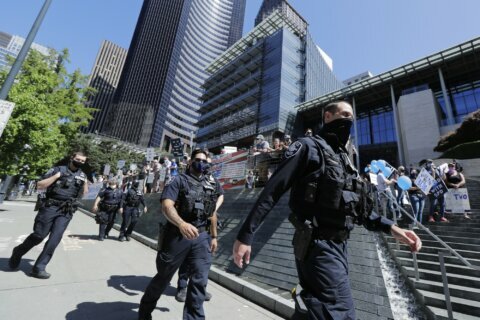