WASHINGTON (AP) — Democratic presidential nominee Joe Biden raised $364 million in August, a record sum that will give him ample resources to compete in the final two months of the campaign against President Donald Trump.

Biden struggled to raise money early in the primary. But since he became the presumptive nominee in the spring, money has poured into his campaign. In July, he all but closed the huge cash-on-hand advantage enjoyed by Trump, who held $300 million in reserve.

Biden’s August total, which was announced on Wednesday, speaks to the enthusiasm among Democrats to oust Trump from office.

The flood of new contributions came from grassroots supporters, as well as deep-pocketed donors, and should alleviate any lingering concern over whether Democrats will be able to inundate the airwaves in key states.

“These numbers humble me,” Biden wrote in a message to supporters. “Even in a global recession, working families set aside some money to power this campaign, and a little bit added up in a big way.”

Already there are signs Biden is flush with cash.

On Monday, the campaign announced it would spend $45 million on a broadcast and digital campaign this week. The 60-second spot features an excerpt from Biden’s Monday speech in Pittsburgh when he pushed back on Trump’s efforts to portray him as a supporter of the violence and unrest that has erupted in cities such as Portland, Oregon, and Kenosha, Wisconsin.

“What I’m having to spend a lot of it on is to counter the lies,” Biden told reporters following a speech in in Wilmington, Delaware, referring to inaccurate statements from Trump and his allies, as well as recent ads by a political action committee called Preserve America.

Preserve America, which recently launched an over $20 million ad campaign attacking Biden, is overseen by a GOP strategist who led Swift Boat Veterans for Truth. That organization helped tank Democrat John Kerry’s 2004 presidential run with misleading ads that questioned his record in the Vietnam War.

The ads they’ve begun airing against in battleground states against Biden feature the widow of a slain police officer who questions whether Biden supports law enforcement and inaccurately suggest he condones “rioting and looting.” Biden has repeatedly spoken out against the unrest.

Trump has yet to release his fundraising figures for August. But his campaign recently acknowledged it was conserving money for after Labor Day. Though Trump plans to spend $200 million on advertising before the election, the campaign recently they went mostly dark on the airwaves.

Trump’s campaign placed an additional $6 million in advertising this week, though he was still getting outspent by Biden by nearly double, according to advertising data, and that was before Biden announced his new $45 million advertising plan.

Democratic officials attribute the amount raised in August to antipathy toward Trump, the selection of California Sen. Kamala Harris as Biden’s vice presidential nominee and a convention that showcased Biden’s empathy.

“Donald Trump is the greatest fundraising tool in the history of politics,” said finance Chair Chris Korge of the Democratic National Committee.

The money was raised in conjunction with the DNC. Though candidates face a $2,800 limit per election, Biden can raise far more than that through a joint fundraising committee with the DNC that allows him to collect individual checks worth upward of $700,000.

The money is split between his campaign, the DNC and state parties.

The money also gives outside groups supporting Biden’s campaign additional leeway to their use dollars for other efforts that could give Democrats an edge in what’s expected to be a tight election, instead of just giving Biden advertising air cover.

Both parties and their allies are currently litigating dozens of court cases that pertain to election procedures — often over whether hurdles to mail voting should be upheld or eliminated.

The court cases come as Trump has tried to sow doubt about mail voting, arguing it will lead to widespread voter fraud. In fact, fraud has been exceedingly rare in the five states that previously switched to mail voting.

“Because Biden has been so successful raising money, it has allowed us to move resources into vote by mail and get out the vote programs,” said Guy Cecil, chairman of Priorities USA, the largest Democratic super political action committee. 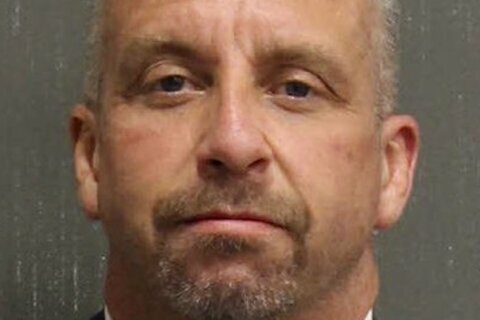