Trump’s faith outreach aims to cast Democrats as the enemy

President Donald Trump’s reelection campaign is courting religious voters in part by seeking to portray Democrats as a threat to religious freedom — a pitch amplified by disputes over the issue during the coronavirus pandemic.
Listen now to WTOP News WTOP.com | Alexa | Google Home | WTOP App | 103.5 FM

President Donald Trump’s reelection campaign is courting religious voters in part by seeking to portray Democrats as a threat to religious freedom — a pitch amplified by disputes over the issue during the coronavirus pandemic.

During an event last week outside Atlanta hosted by the campaign’s evangelical outreach effort, Christian surrogates touted the president’s record on advancing devout conservatives’ priorities while casting Democrats as captive to an anti-religious agenda. Two speakers singled out restrictions on singing in church imposed by California’s Democratic governor to help stem the spread of the virus, limits that prompted lawsuits from some pastors.

Biden is “a Trojan horse for a very radical left agenda that is behind him that wants to take down our churches,” White-Cain, often described as Trump’s personal pastor, said during an event that tied religion to love of country with the title “Praise, Prayer, and Patriotism.” A second of those events is set for Thursday in Las Vegas.

White-Cain’s appearance last week was her third in four days on behalf of Trump, after an online meeting with evangelical backers and a food distribution visit with presidential daughter and adviser Ivanka Trump as part of an administration pandemic aid program. The pastor’s presence comes as the campaign steps up its already-active faith outreach with a stark message: Support the president or lose ground on religious freedom.

Richard Lee, founding pastor at First Redeemer Church in Atlanta, told attendees at the Trump event that governors and mayors are “bossing the churches around … to see what you will do in case (Biden) gets in office and they can come after you.”

Biden’s campaign has built a religious outreach effort of its own that’s seen as more robust than that of 2016’s Democratic presidential nominee, Hillary Clinton. It is even hoping that his long history of personal faith will help him persuade some Christian conservative voters to abandon Trump.

But White-Cain blasted the former vice president for shifting leftward on abortion, an issue that promises to hurt Biden with some religious voters.

“The Democratic Party today has been taken over by the spirit of the anti-Christ. It’s an evil party,” Lee told Trump supporters, adding that Democrats are not evil but “wonderful people” who have “been deceived.”

Ryan Burge, a political scientist at Eastern Illinois University, said Trump has made a “not so subtle” attempt to sour Christian voters on Democrats.

“Trump wants to tap into that very base feeling of ‘white Christianity is under attack,’” Burge said. “It’s all posturing to set up this God gap, where if you’re a Christian — especially a white Christian — the Republican Party is going to protect you.”

The tactic is “not based in any sort of reality,” Burge noted, “because Democrats have not elected atheists or nominated atheists in any systematic way.”

Biden’s team views his ease talking about faith as an asset that can be more powerful than total agreement on policy, but his campaign also has worked to connect his agenda to faith-focused values — most recently on a call this week highlighting the moral underpinning of his racial equality proposals.

In addition to reshaping the federal judiciary with scores of conservative appointments, Trump this year became the first president to speak at the anti-abortion March for Life event. Trump’s administration also has set up an office at the Department of Health and Human Services to aid providers with religious or moral qualms about procedures such as abortion, for example, and spotlighted prayer in schools.

Trump’s support for the religious right’s policy goals has helped him push past the apparent mismatch between a twice-divorced president prone to occasional profanity and the conservative Christians whose support he has avidly courted since the 2016 campaign. Indeed, some speakers at last week’s event acknowledged that Trump, who voiced support for abortion two decades ago, can come across as undevout.

Trump “has never tried to act like a pastor,” White-Cain told the crowd in Georgia, where Trump backers were socially distancing in a hotel ballroom. “Let me tell you, he ain’t ever going to be like one.”

Ralph Reed, the veteran conservative strategist who founded the Faith & Freedom Coalition, suggested that God had a hand in elevating Trump, “with his imperfect past, and with his personality,” to the White House.

Evangelicals for Trump, a campaign coalition-building effort, hosts three prayer calls weekly touting the president’s record, with more than 100 convened since the pandemic began. That’s on top of faith-focused calls held by the campaign’s anti-abortion voter outreach effort and online events hosted under the “Faith in America” banner. Vice President Mike Pence — a born-again Christian with a long track record in allying with fellow conservative evangelicals — recently launched a faith-centered tour in Wisconsin that will stop this week in a second swing state, Florida.

But the GOP’s outreach goes beyond white evangelicals, who continue to give Trump favorable marks. The campaign has a separate Catholic voter coalition, and on-the-ground engagement is underway in communities ranging from Jewish to Assyrian to Chaldean. Voter registration, including drives at houses of worship, is a central focus.

And the president’s oldest child, Donald Trump Jr., publicly marked Pioneer Day, a holiday significant for members of The Church of Jesus Christ of Latter-day Saints, during a recent visit to Utah.

Mike Mears, the Republican National Committee’s director of strategic partnerships and faith engagement, described the party’s engagement as “full-throttled” and a sign of religious voters’ importance.

“That is why we have consistently been in communities for years now, reaching out to people of faith across the religious spectrum,” Mears said in a statement. 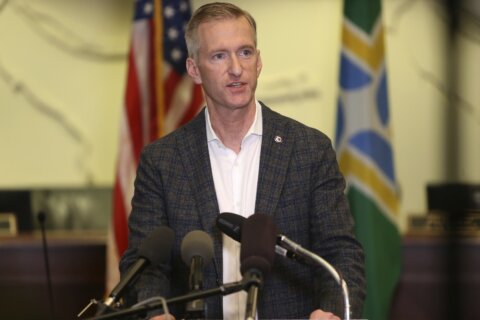 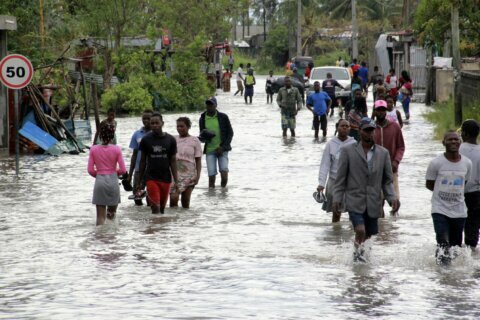