The top lawyer at U.S. Immigration and Customs Enforcement (ICE), Tony Pham, was tapped on Tuesday to succeed Matthew Albence as the leader of the Department of Homeland Security (DHS) agency responsible for immigration detention, deportations and operations against transnational crime.

“As a seasoned leader with DHS, Tony will ensure ICE continues to safeguard our country’s borders from crime and illegal immigration,” an agency spokesperson said in a statement Tuesday.

Pham will depart his previous post as ICE’s principal legal advisor and become the senior official performing the duties of the director, the same position held by Albence, who announced his departure late last month. After being tapped to lead ICE in the spring of 2019, at the peak of a surge in border crossings by Central American families and children, Albence was never nominated to be the permanent, Senate-confirmed director of the agency.

Pham, a Vietnamese immigrant who resettled in the U.S. as a refugee with his family after the fall of Saigon in 1975, will lead an agency that has become a focal point of the nation’s polarizing debate on immigration. During his first month in office, President Trump gave ICE the power to detain and deport any immigrant in the U.S. who lacked legal status, scrapping Obama-era policies that limited who could be arrested and tasked the agency with focusing on those with criminal convictions.

While it has scaled back arrests and dramatically reduced its detainee population during the coronavirus pandemic, ICE continues to be a key agency in President Trump’s efforts to crack down on unauthorized immigration. The continued expansion of ICE’s detention system and amped up enforcement during the Trump administration, including high-profile sweeps at Mississippi poultry plants last summer, have made the agency a frequent target of criticism from Democratic lawmakers, some of whom have called for the agency’s abolishment. 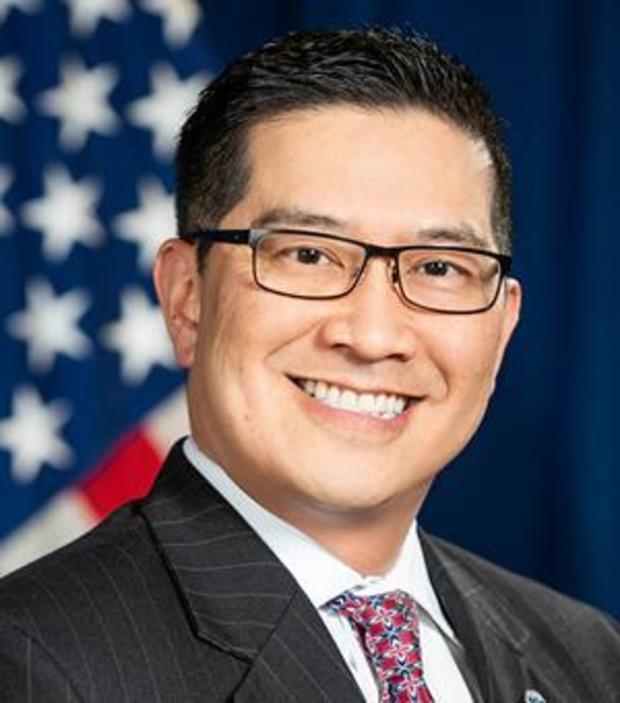 According to his biography, Pham and his family became U.S. citizens in 1985, ten years after entering the U.S. as refugees. After graduating from law school, Pham worked as a prosecutor in Virginia for eight years before serving as an attorney for local government offices in Richmond. Prior to joining ICE during the Trump administration, he was the superintendent of the Virginia Peninsula Regional Jail.

Pham will join various other DHS high-ranking officials serving on an acting basis. The current top officials at U.S. Citizenship and Immigration Services (USCIS) and Customs and Border Protection (CBP) — the other immigration components at the department — have not been nominated to be confirmed by the Republican-led Senate as the permanent leaders of their agencies.

The highest-ranking officials at DHS, Chad Wolf and Ken Cuccinelli, are also serving in an acting capacity. A federal watchdog recently found their appointments to be invalid — a conclusion rejected by the department. Earlier Tuesday, Mr. Trump announced he would nominate Wolf to be the permanent secretary of the department.