Summer jobs for young people are vanishing with the pandemic

The iconic summer job for high school and college students has been on the wane for nearly 20 years. But the pandemic is squeezing even more young people out of the workforce.
Listen now to WTOP News WTOP.com | Alexa | Google Home | WTOP App | 103.5 FM
(1/7) 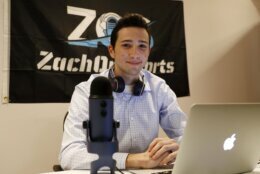 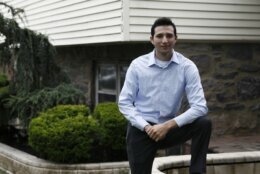 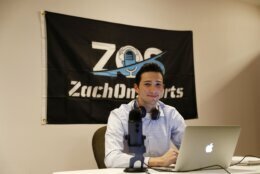 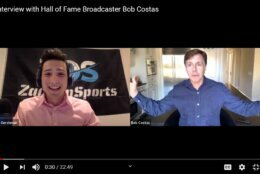 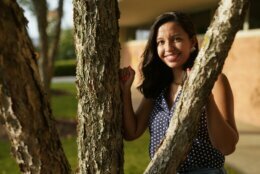 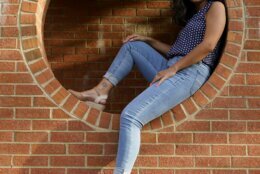 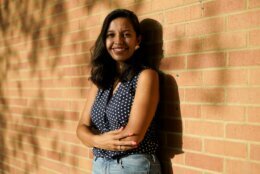 Sara Buie lined up a summer lifeguard job to help pay for a new laptop, textbooks and a backpack for her freshman year at Virginia’s James Madison University. But the coronavirus pandemic closed her community pool.

She tried offering online tutoring to middle school and high school students. But only one parent responded before disappearing.

“Having that money would be saving me from even more future stress,” said Buie, 18, who lives in northern Virginia. “I didn’t want to take out more student loans than I had to.”

The iconic summer job for high school and college students has been on the wane for nearly 20 years. But the pandemic is squeezing even more young people out of the workforce.

Some are borrowing more money. Others have turned to pick-up jobs like Instacart, only to compete with older people who are similarly sidelined.

“They’re at the very bottom of the labor queue. And when things get tough, they get pushed out very quickly,” said Paul Harrington, a Drexel University education professor and director of the Center for Labor Markets and Policy. “And that’s why we expect a historically low unemployment summer jobs rate.”

The unemployment rate for people ages 16 to 24 was 18.5% in July compared with 9.1% the same month last year, according to Bureau of Labor Statistics numbers released Friday.

A fuller picture will emerge on Aug. 18 when the bureau releases figures on 2020 summer youth employment. But it’s already clear that many jobs have vanished.

With the downturn, Mark Kantrowitz, publisher of the website Savingforcollege.com, said the number of students appealing for more financial aid this fall could double or triple.

Kantrowitz added that, “more than a million parents of college-age children will have lost their jobs or experienced a pay cut or furlough.”

Grad students haven’t escaped the pandemic, either. Megan Foster, 24, was unable to get a paid internship or summer job in her field of communications.

She completed a master’s degree this spring from the University of North Carolina-Charlotte and starts a Ph.D. program this fall at UNC-Chapel Hill.

“I was reaching out to people and the response was just: ‘We don’t know what’s going on right now,’” Foster said.

Foster worked as a nanny for kids whose parents have essential jobs. She’s also done portrait photography, video editing and put some money on her credit card.

“It’s really forced me to figure out what skills I have that I can survive on,” she said.

One is a City University of New York student who struggled when classes went online, Ravenelle said. The woman withdrew from classes only to lose her summer lifeguard job. She then tried Instacart but received zero food-pickup requests over three days.

“College students are competing against all of the other unemployed and underemployed individuals who are scurrying to make ends meet,” Ravenelle said.

Summer jobs have been declining since the early 2000s recession as younger people compete with older adults for jobs that typically require little training or education, said Harrington, the Drexel professor.

For some who’ve lost summer jobs, the pandemic has led to unexpectedly revelatory — if not transformative —experiences.

Zach Gershman, a rising Penn State sophomore, lost a paid internship as a studio host for the Northwoods League, a summer college baseball league based in the Midwest.

So he began contacting sports broadcasters for virtual interviews on his personal YouTube channel, knowing that many were stuck at home.

Gershman scored nearly 23 minutes with one of the most famous: Bob Costas. The former NBC broadcaster spoke from his kitchen about his infamous interview with Jerry Sandusky, the former Penn State coach and convicted pedophile.

“I kind of have this as my own unpaid internship,” Gershman, 18, of Philadelphia, said of his YouTube channel, ZachOnSports. “’Down the road, I know it’ll pay off.”

Kristi Ryan unexpectedly found herself looking after her grandparents, a role that included hospice care for her grandfather. He died in early July.

A rising junior at Indiana’s Purdue University, she planned on serving at a Skyline Chili. But the pandemic shut down the restaurant and then limited its capacity.

Ryan’s mother made her an offer: She could cook, clean and grocery shop for her grandparents at $10 an hour.

“It’s definitely not what I signed up for, helping my grandpa get to the bathroom and giving him baths,” said Ryan, who is a general management major.

“But I became so close with them,” she said. “Time is precious. And I value my relationships far more than I value money. If that means I have to take out a loan, that’s fine.”