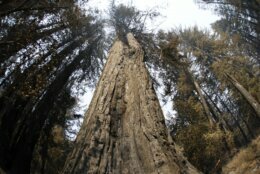 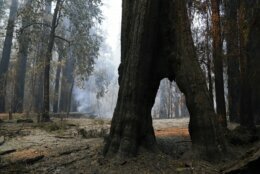 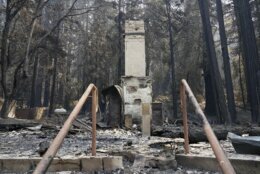 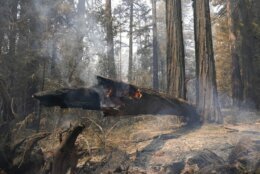 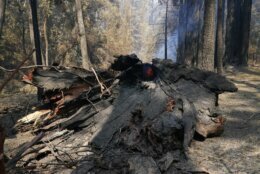 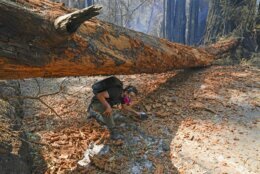 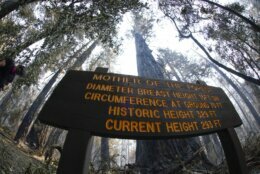 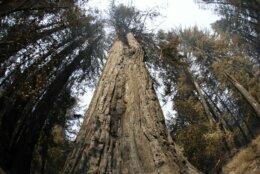 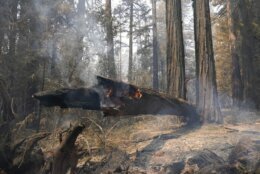 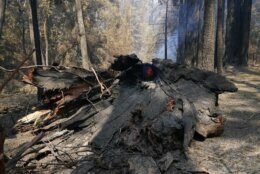 BOULDER CREEK, Calif. (AP) — When a massive wildfire swept through California’s oldest state park last week it was feared many trees in a grove of old-growth redwoods, some of them 2,000 years old and among the tallest living things on Earth, may finally have succumbed.

But an Associated Press reporter and photographer hiked the renowned Redwood Trail at Big Basin Redwoods State Park on Monday and confirmed most of the ancient redwoods had withstood the blaze. Among the survivors is one dubbed Mother of the Forest.

“That is such good news, I can’t tell you how much that gives me peace of mind,” said Laura McLendon, conservation director for the Sempervirens Fund, an environmental group dedicated to the protection of redwoods and their habitats.

Redwood forests are meant to burn, she said, so reports earlier this week that the state park was “gone” were misleading.

The historic park headquarters is gone, as are many small buildings and campground infrastructure that went up in flames as fire swept through the park about 45 miles (72 kilometers) south of San Francisco.

“But the forest is not gone,” McLendon said. “It will regrow. Every old growth redwood I’ve ever seen, in Big Basin and other parks, has fire scars on them. They’ve been through multiple fires, possibly worse than this.”

When forest fires, windstorms and lightning hit redwood trees, those that don’t topple can resprout. Mother of the Forest, for example, used to be 329 feet tall (100 meters), the tallest tree in the park. After the top broke off in a storm, a new trunk sprouted where the old growth had been.

Trees that fall feed the forest floor, and become nurse trees from which new redwoods grow. Forest critters, from banana slugs to insects, thrive under logs.

On Monday, Steller’s jays searched for insects around the park’s partially burned outdoor amphitheater and woodpeckers could be heard hammering on trees. Occasionally a thundering crash echoed through the valley as large branches or burning trees fell.

When Big Basin opened in 1902 it marked the genesis of redwood conservation. The park now receives about 250,000 visitors a year from around the world, and millions have walked the Redwood Trail.

The park only recently reopened after COVID-19 related closures and now is closed because of the fire. The road in is blocked by several large trees that fell across it, some waist-high, some still on fire.

While there is a great deal of work to be done rebuilding campgrounds, clearing trails and managing damaged madrones, oaks and firs, Big Basin will recover, McLendon said.

“The forest, in some ways, is resetting,” she said.

State Parks District Superintendent Chris Spohrer said he was pleased to know the redwoods had survived. He said an assessment team had only been able to check buildings so far, and that he hopes they can inspect the trees in the coming days.

“The reason those trees are so old is because they are really resilient,” he said.

Watchman could have saved lives in California boat fire