Public lands chief hangs on despite nomination getting nixed

BILLINGS, Mont. (AP) — A former oil industry attorney will continue calling the shots for a government agency that oversees nearly a quarter-billion public acres in the U.S. West, despite the White House saying over the weekend that President Donald Trump would withdraw the nomination of William Perry Pendley.

Pendley’s continued rein at the Interior Department’s Bureau of Land Management comes under an unusual arrangement that Pendley himself set up months ago, according to a document obtained by The Associated Press.

In May, as a temporary authorization for him to lead the agency was about to expire, Pendley signed an order that made his own position, deputy director of policy and programs, the bureau’s default leadership post while the director’s slot is vacant, the document shows.

Details of the succession plan prompted Democrats on Tuesday to renew their calls for Pendley’s removal.

“That’s baloney. That’s not how it works,” Sen. Jon Tester, a Montana Democrat, said of the May order in an interview. “You don’t want the deputy director of policy and programs being able to dictate who’s in charge of the (bureau.) It’s too important an agency…He needs to be removed.”

Pendley is a longtime industry attorney and property rights advocate from Wyoming. Prior to joining the Trump administration, he had called for the government to sell its public lands.

The bureau’s holdings are sweeping, with nearly 1 out of every 10 acres nationally under its dominion, mostly across the U.S. West.

A senior administration official said Saturday that Pendley’s name was being withdrawn as Trump’s nominee for unspecified reasons. It won’t be official until the Senate returns to session.

His nomination had set the stage for Senate confirmation hearings that were sure to be contentious. That created a political headache for Republican senators such as Montana’s Steve Daines and Colorado’s Cory Gardner, who have been seeking to burnish their appeal to conservation voters as they face strong challengers in the November election. Conservation groups have been running ads in recent days urging Daines to oppose Pendley.

Interior Department spokesman Conner Swanson confirmed that the arrangement outlined in Pendley’s order means he will continue to lead the bureau. The order has no specified end date. Whether another nominee will be named is up to the White House, Swanson added.

Agency officials declined AP requests for an interview with Pendley and to provide records of his actions while filling the leadership position on a supposedly temporary basis since summer 2019. The May 22 order from Pendley, which was also signed by Interior Department Assistant Secretary Casey Hammond, had specified such records were to be kept.

Pendley’s tenure already has far outlasted the 210 days that an official can serve in an acting position under the Federal Vacancies Reform Act, according to a federal lawsuit filed last month by Montana Gov. Steve Bullock, a Democrat who is seeking to unseat Daines.

Bullock’s campaign last week launched an ad touting the governor’s opposition to Pendley and criticizing Daines for not opposing him.

Trump administration officials contend Bullock’s lawsuit is frivolous. They argue that Pendley was never officially named “acting director” but rather that he is “exercising the delegated authority of the director.”

Critics say the administration is falling back on semantics and legal slight of hand to obscure Pendley’s control over an agency that oversees oil and gas drilling, grazing and other activities on vast areas in the U.S. West.

Bullock’s chief legal counsel, Raph Graybill, said Pendley’s May memo “confirms, without a doubt, what we already know: William Perry Pendley runs the Bureau of Land Management and continues to do so in violation of the United States Constitution and federal law.”

A second lawsuit seeking to oust Pendley is pending after being filed in federal court in Washington, D.C., in May by two conservation groups, Western Watersheds Project and Public Employees for Environmental Responsibility.

Pendley in the past has criticized environmentalists as extremists and expressed support for Nevada rancher Cliven Bundy, whose family has engaged in armed standoffs with federal agents.

After joining the government, he declared that his past support for selling public lands was irrelevant because his boss, Interior Secretary David Bernhardt, opposes the wholesale sale of public lands. Since Pendley’s arrival, agency officials said the bureau has acquired more than 25,000 acres of land and sought to expand recreational access.

Pendley also recused himself from work involving dozens of former clients following conflict of interest allegations from Democrats and environmentalists. The former clients ranged from farming and mining organizations, to an energy company seeking to drill on land adjacent to Glacier National Park.

Under Trump, the land bureau has sought to scale back some protections for public lands, including proposals to ease restrictions on oil and gas exploration, mining and grazing.

“Pendley is doing their bidding,” said Jayson O’Neill with the Western Values Project, an advocacy group opposed to Pendley’s leadership of the bureau. “He worked in the private sector doing their bidding and now he gets to turn that to a position in which he has authority to do things much faster and also avoid the limelight and accountability that a Senate hearing would bring.” 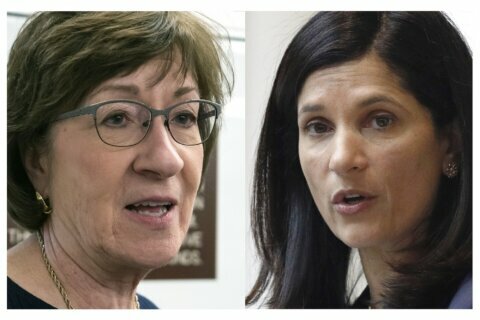