BOSTON (AP) — The Massachusetts Department of Conservation and Recreation has removed graffiti that promoted President Donald Trump’s re-election from a South Boston street, according to state police.

Procopio says the graffiti was painted over at the intersection of I Street and near the Admiral David Farragut statue.

He said in an email Sunday that the graffiti was painted over due to the illegality of the act and had nothing to do with its content.

Procopio said that similar graffiti was reported on East Broadway, which is maintained by the City of Boston. Boston police did not have any record of it on Sunday, according to a spokesperson.

Man gets 30 years in 2nd sentencing for beheading plot 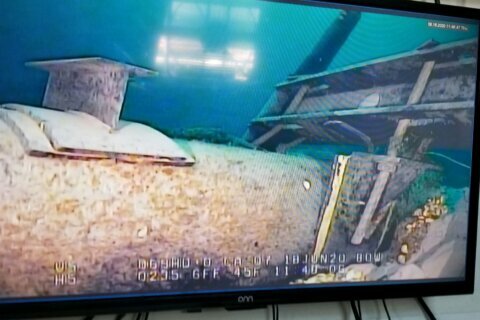