Police move in after fights break out during Georgia protest 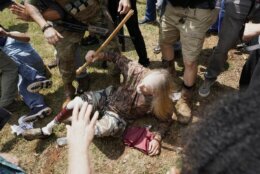 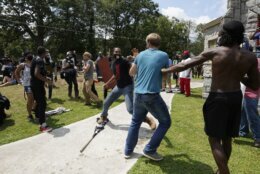 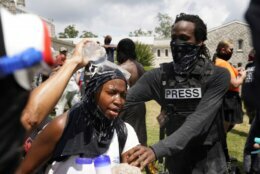 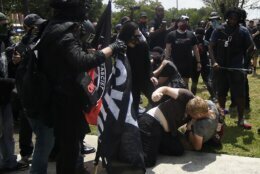 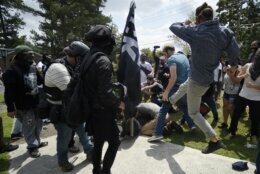 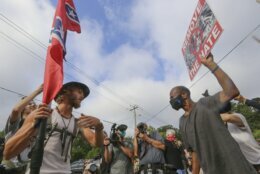 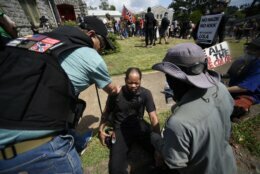 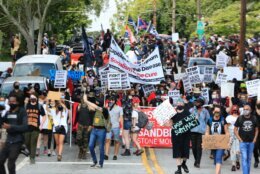 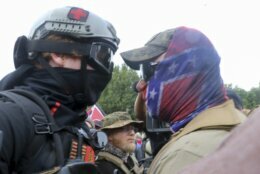 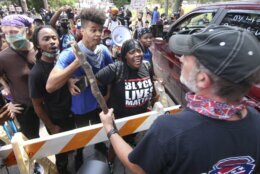 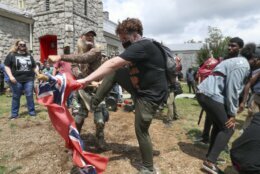 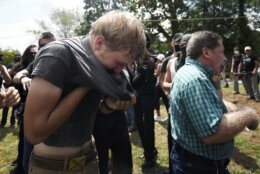 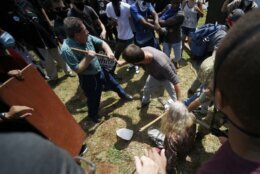 STONE MOUNTAIN, Ga. (AP) — After several hours of mostly peaceful demonstrations Saturday in an Atlanta suburb that’s home to a giant Confederate memorial, large numbers of police moved in to disperse the crowds when fights broke out.

Several dozen right-wing demonstrators, some waving the Confederate battle flag and many wearing military gear, gathered in downtown Stone Mountain where they faced off against a few hundred counterprotesters, many of whom wore shirts or carried signs expressing support for the Black Lives Matter movement. People in both groups carried rifles. For several hours, there was little visible police presence and things were largely peaceful, aside from some shoving and pushing and spirited arguments.

But just before 1 p.m., fights broke out, with people punching and kicking each other and throwing rocks. That’s when police officers in riot gear moved in to disperse the crowds.

By 2 p.m., almost all of the protesters had left the area.

Right-wing groups led by an Arkansas group called Confederate States III%, had applied for a permit to hold a rally in Stone Mountain Park, where there’s a giant sculpture of Confederate leaders. The event was planned as a response to a march in the park by a Black militia group on July 4.

But the Stone Mountain Memorial Association denied the permit on Aug. 4, citing a violent clash between groups in April 2016, spokesman John Bankhead said. The park closed to visitors Saturday and was set to reopen Sunday.

With police manning barriers to keep people from entering the park, demonstrators took to the streets of the adjoining city of Stone Mountain, which on Friday had advised people to stay away all day and urged residents to stay home and businesses to shut down.

The predominantly Black demonstrators on July 4 spoke out against the huge sculpture depicting Gen. Robert E. Lee, Confederate President Jefferson Davis and Gen. Thomas J. “Stonewall” Jackson. Carved into a granite mountain, the bas-relief sculpture is the largest Confederate monument ever crafted. The 100 to 200 protesters, many of whom carried large rifles, were peaceful.

Although the park has historically been a gathering spot for white supremacists, the adjoining city of Stone Mountain has a majority-Black population today.

The park at Stone Mountain markets itself as a family theme park rather than a shrine to the “Lost Cause” mythology that romanticizes the Confederacy as chivalrous defenders of states’ rights. It’s a popular recreation spot for many families on the east side of Atlanta, with hiking trails, a golf course, boat rentals and other attractions. The park has long been known for its laser light shows, but those have been canceled because of the COVID-19 pandemic.