Police in Wisconsin shoot Black man in back multiple times

A Black man was hospitalized in serious condition after police shot him several times in the back as he opened the door of a parked vehicle in Kenosha, Wisconsin. Graphic video of the shooting emerged on social media late Sunday, sparking angry protests that prompted the city to declare an emergency curfew.

The man was later identified as Jacob Blake, 29, according to Governor Tony Evers, who said Blake was “shot in the back multiple times, in broad daylight.”

“While we do not have all of the details yet, what we know for certain is that he is not the first Black man or person to have been shot or injured or mercilessly killed at the hands of individuals in law enforcement in our state or our country,” Evers said in a statement.

The shooting, which is now under investigation by the Wisconsin Department of Justice, occurred around 5 p.m. Sunday when officers responded to calls of a domestic incident. A 911 dispatcher reported that a complainant said Blake wasn’t supposed to be there, and that he had taken the complainant’s keys and refused to give them back. 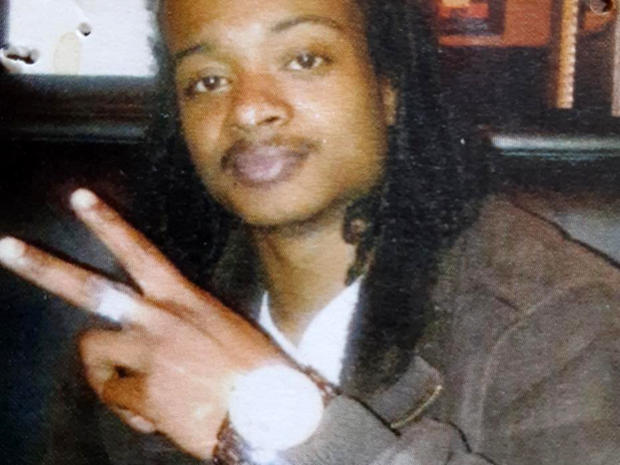 Video shows Blake walking away from officers who are pointing their weapons at him. He approaches an SUV and opens the driver’s side door when an officer grabs his shirt and subsequently fires at least seven shots into his back.

Officers provided medical aid to Blake, who was transported to a hospital in Milwaukee, the state’s Department of Justice said. Two of the officers involved were placed on administrative leave.

The shooting comes amid nationwide outrage over the fatal police shootings of Black Americans. Protests across the country have pushed for policing reform following the death of George Floyd in Minneapolis police custody.

Attorney Benjamin Crump, a prominent civil rights lawyer retained by Blake’s family, told CBS News that Blake is now in stable condition. Crump said three of Blake’s children — ages 3, 5 and 8 — were inside the SUV when their father was shot by police. The family was out celebrating one of the children’s birthdays.

“These kids, these babies, are gonna have psychological issues for the rest of their entire life,” Crump said.

Crump added that Blake was attempting to de-escalate a fight between two other people when officers arrived at the scene, drew their weapons, and tased him. “We will seek justice for Jacob Blake and for his family as we demand answers from the Kenosha Police Department,” Crump said in a statement.

An eyewitness who captured video of the shooting told CBS News that before he started filming, one officer had Blake in a headlock and another was punching him in the ribs. A female officer tased Blake, the witness said.

The witness added that Blake scuffled with police before the shooting and that he heard an officer tell Blake to “drop the knife” — although the witness said he never saw Blake holding a knife.

The shooting sparked outrage in Kenosha, which is located nearly 40 miles south of Milwaukee, as protesters gathered at the scene of the shooting on Sunday night. Several businesses in the area were vandalized and about 50 cars were set on fire at a local car lot, CBS affiliate WDJT reported.

“I know folks across our state will be making their voices heard in Kenosha and in communities across Wisconsin,” Evers said in a statement. “Every person should be able to express their anger and frustration by exercising their First Amendment rights and report on these calls to action without any fear of being unsafe.”

There were tense standoffs between police and protesters Monday outside the county courthouse after the city’s curfew went into effect, according to WDJT. Several dozen bottles were reportedly thrown at police, who deployed tear gas and fired back with rubber bullets.