SAN DIEGO (AP) — Six correctional officers were taken to hospitals to be treated for injuries sustained in an inmate attack at a prison in California, the state Department of Corrections and Rehabilitation said.

Stab wounds, lacerations and possible broken bones were among the injuries to the officers Sunday afternoon at the Richard J. Donovan Correctional Facility near San Diego, spokesperson Terri Hardy said in a news release.

About 20 inmates were in the recreation yard when some began the attack on the correctional officers, the release stated. A warning shot ultimately quelled the uproar after commands and less-lethal measures were ignored.

Two inmates were also taken to outside hospitals for treatment, and other inmates were treated at the prison’s medical facility. The extent of their injuries wasn’t released. It was unclear how many inmates were hurt.

The prison’s Investigative Services Unit was looking into the incident, including working to determine how many inmates were involved in the attack, Hardy said. They could face charges of attempted murder of a peace officer. 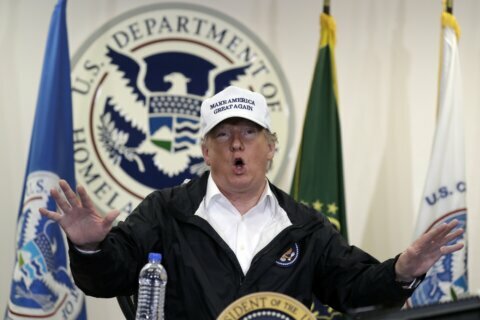 Trump plans to slash refugee admissions to US to record low