A police officer in Salt Lake City has been suspended on Wednesday and is under investigation for a vicious attack on a Black man involving a police dog. Video surfaced of the altercation that took place in the man’s own yard. Some of the footage may be disturbing to some.

“Get on the ground or you’re gonna get bit,” an officer could be heard saying in the clip.

Just six seconds after that warning, the officer commands his K-9 to attack.

Every time the officer says “hit,” the dog bites down on 36-year-old Jeffery Ryans’ leg. 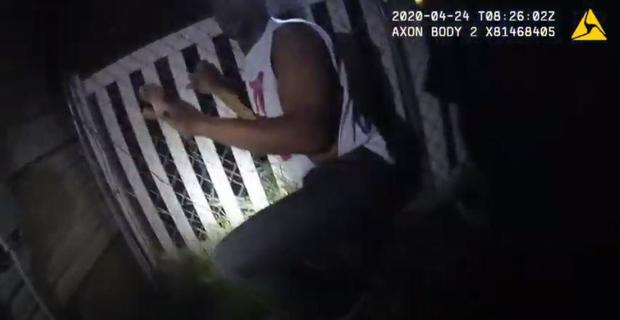 “Even when the dog starts to bite him. He’s, he’s still just laying there,” Garner explained. “Looks like someone took a chainsaw to his leg.”

Police were responding to a domestic disturbance call and say Ryans was violating a protective order filed by his wife. But Ryans said the order was supposed to be lifted.

The Salt Lake City police K-9 program will undergo an external review. Deputy Chief Jeff Kendrick told CBS News that they’re limiting the use of police dogs during that time.

“Just deploying them just for searches, but we do not want them to come in contact with any individuals,” he explained.

Ryans is still recovering from multiple surgeries and an amputation has not been ruled out.