BOSTON (AP) — Footage from police body cameras depicting partial view of the fatal shooting of a man in February shows officers did not warn each other that he had a gun, partially contradicting the findings of an investigation by the district attorney in the case.

Body camera footage released to the Boston Globe shows officers yelling at Juston Root, 41, to get down before they opened fire, but the officers cannot be heard warning each other that they saw a gun or thought he had a gun.

The Norfolk district attorney investigated the shooting, which involved six officers, and wrote in an report in March that, “Multiple officers observed the handgun. More than one officer yelled, ‘gun.’ Simultaneously, six officers opened fire to stop the threat.”

The report concluded the officer’s use of force was “objectively reasonable and justified.”

“The DA’s view and findings were based on the totality of the evidence, not just the audio or video, and he stands by his report,” a spokesperson for Norfolk District Attorney Michael W. Morrissey said in a statement to the newspaper in response to questions about the discrepancy.

Root died from being shot 26 times during the confrontation with police, which started near Brigham and Women’s Hospital in Boston. Police responded to a report of a man with a gun, later identified as Root, threatening security in the morning on Feb. 7, authorities said.

Root had what appeared to be a black semi-automatic handgun, which police later determined was a BB pistol.

Officers opened fire, and at some point, a hospital parking attendant was shot, though not fatally. Root then fled in a car and led police on a chase until he crashed near a shopping center about 3 miles (5 kilometers) away in Brookline, Massachusetts.

Root was shot and killed by police after being ordered to get down on the ground near where he exited his car.

In August, Root’s family filed a wrongful death lawsuit against the Boston police officers and state trooper who opened fire. The complaint says Root, who had bipolar and schizoaffective disorders, was seriously wounded after the crash and posed no threat when police fired dozens of shots at him from just a few feet away.

The body camera footage, which the Boston Globe obtained through a public record request, provides a partial view of the shooting and the moments before officers opened fire, the newspaper reported.

The footage does capture conversations between officers after the shooting where they quickly described the shooting as a so-called “suicide by cop,” and warned each other not to talk about the details about what had happened while the cameras were recording, the newspaper reported. 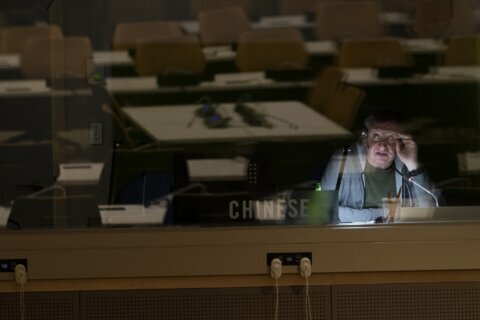