Lamonte Winston had difficult conversations with players who wanted to follow Colin Kaepernick’s lead — and were afraid to lose their jobs if they protested against racial injustice.

He’s committed to helping athletes take the next steps to effectuate change.

Winston, who previously worked in player development and scouting with the Raiders and Chiefs, has joined the nonprofit organization Dedication To Community as national director of its sports division to lead efforts to grow relationships between teams, athletes and communities.

“Now the information’s out there,” Winston said about Kaepernick and other athletes raising awareness on racism, police violence and social injustice. “How are you going to best learn if you want to be a voice for your community and really leverage your platform? What are you willing to learn beyond the event and the emotion, because whatever comes out of your mouth has to be enough that’s it’s going to educate those that are following you, and during the season is a good time.”

And during the preseason, particularly this week as players individually and en masse use their forums for that purpose.

Winston said D2C has programs in place that will help athletes “fashion and shape their conversations.” The organization conducts training that focuses on addressing the relationship between law enforcement and the communities they serve.

“What these athletes are doing is bringing great attention to these issues,” said M. Quentin Williams, the founder of D2C and a former FBI agent and federal prosecutor who has held executive positions in the NFL and NBA. “The next step is what are the solutions now that we have an assessment of what the issues are? How are we going to get better?

Professional athletes made their strongest statement yet against racial injustice on Wednesday when all three NBA playoff games that were scheduled were postponed because players chose to boycott following the shooting by police of Jacob Blake in Kenosha, Wisconsin.

Games between the Cincinnati Reds and Brewers in Milwaukee, Seattle Mariners and Padres in San Diego and the Los Angeles Dodgers and Giants in San Francisco also were called off before they were set to begin. WNBA players didn’t play their three regular-season games on Wednesday in Bradenton, Florida. MLS games also were postponed.

“Historically, sports have provided us with a measure of escape during tragic times. Today’s athletes, however, refuse to allow that to happen because they resent the manner in which authority has escaped accountability over the course of centuries,” Williams said. “And that is why I believe we are seeing this heightened state of vigilance by professional and college athletes. We must face these critical issues head on en route to reconciliation in order to progress as a society.”

The Detroit Lions canceled their practice on Tuesday, protesting the incident involving Blake, and racial injustice. The players and coaching staff discussed what happened and then filed out of the team’s practice facility. They used a dry-erase board to address the media with the words: “The world can’t go on” and “We won’t be silent!! One pride.”

Other NFL players are still discussing their plans ahead of the start of the regular season on Sept. 10. Philadelphia Eagles safety Rodney McLeod said the team’s Social Justice Committee will talk on Friday.

“It’s going to be a tough conversation, and I think the best part is we’re all open to hearing about what’s best for our team and our organization,” McLeod said. “That may mean taking a knee. That could mean us raising our fist in solidarity. Or we could take a whole different approach to shine light on a lot of these social injustice matters that exist in our country.”

Winston grew up during the civil rights movement. His father, Henry C. Winston, was a boxing promoter who worked with Muhammad Ali, Sonny Liston, Archie Moore, George Foreman, Joe Frazier, and many others.

“Ali sacrificed everything. Kaepernick sacrificed everything,” Winston said. “There wasn’t a promoter in the country or a state that would give Muhammad Ali his license to fight. And my father pushed the initiative and got that done for him. That’s why we got a chance to meet him and know him personally.”

Winston recalled sharing information about Ali with Raiders players before a game at Washington in September 2017. Players from both teams protested during the national anthem at a Sunday night game after President Donald Trump criticized NFL players for taking a knee.

“I told our players: ‘It’s sacrifice. If you believe in it that much, sacrifice — and sacrifice hurts,’ “ Winston explained. “And you have to ask yourself, are you that committed to it? I’ve seen this before. OK, this happened before to one of my heroes. So when you look at Ali’s career, it was great. It could have been greater.

“Time heals, education, thinking heals. He’s forgiven. And now they’re forgiving Kaepernick because it’s like, ‘Wow, we didn’t listen.’ You should’ve listened. He said pretty plainly what it was about.” 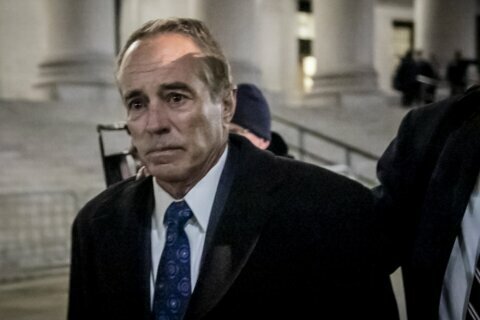