CHICAGO (AP) — An inmate suffered “extreme pain” as he received a dose of pentobarbital during just the second federal execution following a 17-year lag, according to court filings by lawyers representing one of the inmates scheduled to be executed next.

The claim Wesley Purkey may have felt a sensation akin to drowning while immobilized but conscious is disputed by Department of Justice attorneys. They insist the first three lethal injections since 2003 were carried out without a hitch last month at the federal prison in Terre Haute, Indiana.

This month’s filings were part of motions to halt the execution of Keith Nelson, convicted in the 1999 rape and strangulation of 10-year-old Pamela Butler. Prosecutors said he pulled her into his truck as she skated on rollerblades back to her Kansas home after buying herself cookies.

Nelson’s execution is set for Aug. 28. The execution of Lezmond Mitchell, the only Native American on federal death row, is scheduled for Aug. 26. His lawyers have made similar arguments.

Purkey was convicted federally of kidnapping and killing a 16-year-old girl before dismembering and dumping her body in a septic pond. The first federal execution last month was of Daniel Lewis Lee, convicted of killing an Arkansas family in a 1990s plot to build a whites-only nation.

Here’s a look at issues surrounding the use of pentobarbital:

A: An autopsy performed by a Michigan-based pathologist a week after the 68-year-old Purkey was put to death found evidence of “severe bilateral acute pulmonary edema” and “frothy pulmonary edema in trachea and mainstem bronchi,” filings by the attorneys allege.

Those findings mean fluid quickly filled Purkey’s lungs and entered his airway up to his trachea, causing “a near-drowning” sensation, said Dr. Gail Van Norman, a medical expert retained by Nelson’s lawyers to interpret the autopsy.

“These are among the most excruciating feelings known to man,” she said in a filing.

Flash pulmonary edema, where fluid enters the lungs and airways, can only occur when someone is alive, she said.

“It is a virtual medical certainty, that most, if not all, prisoners will experience excruciating suffering, including sensations of drowning and suffocation” from pentobarbital, she added.

The autopsy wasn’t official. It was performed by a Western Michigan University pathologist, Dr. Joyce L. deJong, at the behest of Purkey relatives.

Q: HOW DID GOVERNMENT ATTORNEYS RESPOND IN FILINGS?

A: They’ve said the execution of Purkey and the other inmates last month “were implemented without any pentobarbital-related complications.” They’ve said previous court rulings have concluded pentobarbital injections are humane.

And even if some pain is involved, that doesn’t render an execution method inhumane, the government attorneys argued, citing a 2008 Supreme Court ruling.

“Simply because an execution method may result in pain, either by accident or as an inescapable consequence of death, does not establish the sort of ‘objectively intolerable risk of harm’ that qualifies as cruel and unusual,” the high court said.

Q: WAS IT CLEAR DURING THE EXECUTION THAT PURKEY SUFFERED?

A: No. There weren’t obvious outward signs he was in pain.

An Associated Press reporter who served as a media witness described Purkey taking several deep breaths and blinking repeatedly as the pentobarbital was injected. The other inmates also twitched for several minutes before their breathing slowed, then stopped.

But death-penalty foes say the paralyzing effects of pentobarbital may make it impossible for the condemned to grimace or thrash around, even if they are feeling excruciating pain.

Q: WHY IS PENTOBARBITAL USED?

A: Pentobarbital is a barbiturate that depresses the central nervous system and that, given in a high dosage, causes the heart to stop. It doesn’t have widespread medical uses, though is often used by veterinarians to anesthetize or euthanize animals.

For three federal executions in the early 2000s, a cocktail of drugs was used: sodium thiopental, which has a similar affect as pentobarbital; pancuronium bromide, which paralyzes the body and potassium chloride, a drug that induces cardiac arrest.

But pharmaceuticals later refused to allow those drugs to be used in executions, forcing the federal and many state governments to seek an alternative. Attorney General William Barr last year approved reworked execution protocols that called for using pentobarbital alone.

Q: WHAT ABOUT ALTERNATIVES?

A: Nelson’s lawyers ideally want all executions suspended for good. But legal precedent requires, when arguing one form of execution is cruel, that they offer what they believe are more humane alternatives.

Among the alternatives they suggested: a firing squad.

“Historically, the firing squad has resulted in significantly fewer ‘botched’ executions,” they say in one filing. “Execution by firing squad is both swift and virtually painless.” 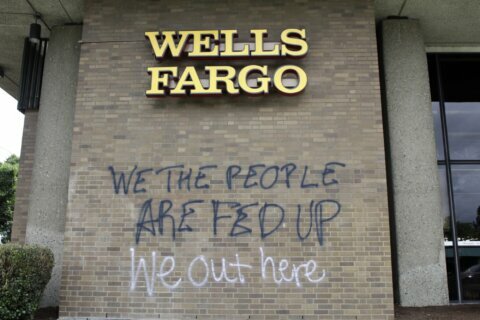