RUTH BADER GINSBURG, 1933-2020: Trump to Senate: Vote 'without delay' on his high court pick | How Ginsburg's death could reshape the election | How to honor RBG by supporting her favorite causes
Home » National News » Kansas Democrats excited about…

TOPEKA, Kan. (AP) — Democrats are pinning their unusually high hopes for winning a U.S. Senate seat in Kansas for the first time in almost 90 years on a retired doctor and former Republican who vexed conservatives with her support for Medicaid expansion and abortion and LGBTQ rights.

State Sen. Barbara Bollier represents a Kansas City-area legislative district in the same cozy and affluent suburbs along the Missouri state line where she grew up. She’s pitching herself as a “voice of reason” with a decade’s worth of working with lawmakers from both parties.

Democrats are enthusiastic about Bollier’s chances of winning the open seat and helping them recapture a Senate majority even after western Kansas Rep. Roger Marshall won the Republican primary over polarizing conservative Kris Kobach. Bollier raised more money ahead of Tuesday’s primary than the top GOP candidates combined and says she entered the fall campaign with $4.5 million in cash.

“A very sharp mind, but independent in her thinking,” said former state Rep. Tom Moxley, a moderate Republican and central Kansas rancher and farmer. “About as bright as they come.”

Many Democrats saw Kobach, a former Kansas secretary of state known nationally for advocating restrictive immigration policies, as the best opponent for Bollier because he has alienated moderate GOP voters. Republican leaders believe the establishment-backed Marshall can reunite the party and rebuild a campaign war chest that had dwindled to $600,000.

Bollier, who retired as an anesthesiologist in 1999, already has made health care a key issue. She’s chiding Marshall for joining other top Kansas Republicans in opposing an expansion of the state’s Medicaid health coverage for the needy and said she would build on the 2010 federal Affordable Care Act to expand Americans’ health coverage.

“People are interested in someone who will work for commonsense solutions, work across the aisle and work for Kansas, not political parties,” Bollier, 62, said in an interview.

When she switched to the Democratic Party at the end of 2018, she said she no longer could stomach the Kansas GOP’s stance against LGBTQ rights or President Donald Trump’s rhetoric.

“Ultimately you find out that your views just aren’t welcome anymore,” Bollier said.

Bollier was elected to the Kansas House in 2010, representing an area that long sent moderate Republicans but has turned Democratic. She sat next to Moxley for two years on the House floor and, he said, was active in forging bipartisan deals. Moxley appears in Bollier’s latest television spot, saying she will be the first Democrat he’ll vote for in a Senate race. Democrats haven’t won a U.S. Senate race in Kansas since 1932.

Many Republicans scoff at descriptions of Bollier as a centrist, particularly given her strong support for abortion rights. They argue that a Bollier victory would ensure a Democratic majority and that she would be a tool of Senate Democratic Leader Chuck Schumer and fellow liberals.

“She will have a very liberal voting record, if she would get to the Senate,” Marshall said.

Bollier, an elder at her Presbyterian Church, noted that the Catholic Church, which backed the measure, also preaches against other sins such as gluttony and greed but “somehow same sex-marriage is bigger,” then concluded: “I know bigotry when I see it.” Nine conservative GOP senators joined in a statement that excoriated Bollier’s remarks as “offensive” and anti-Catholic “prejudice.”

But Joe Athon, a 48-year-old Democrat from the Kansas City suburb of Overland Park, said he saw Bollier as “a traditional Reagan-type Republican” during her time in the Legislature.

“But in the current parlance and spectrum of things, she seems like a liberal compared to how far things have gone to the right,” Athon said. “But she is truly more someone in the middle.” 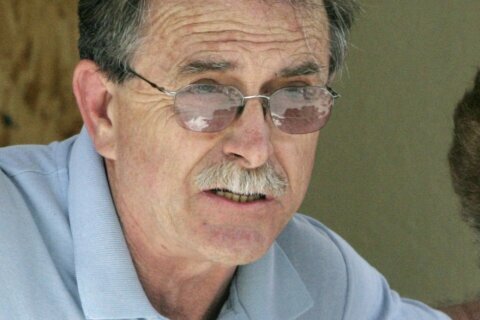 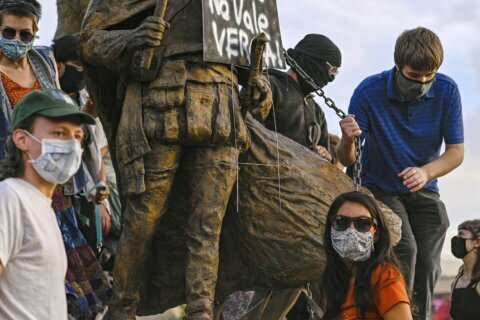