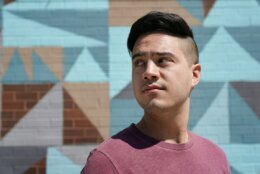 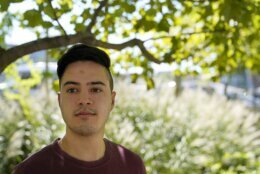 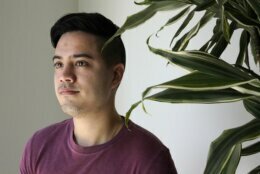 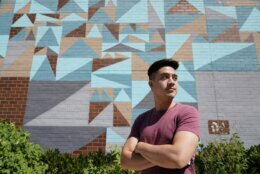 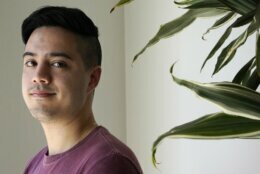 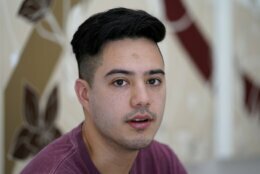 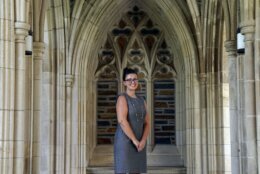 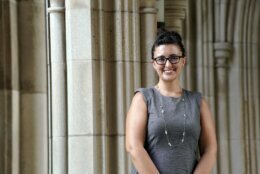 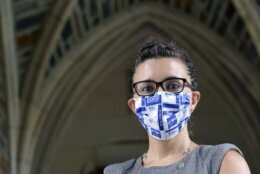 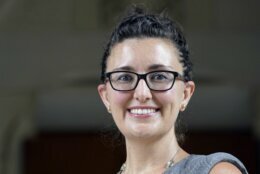 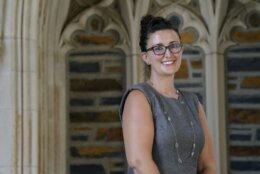 It was just 20 years ago that the U.S. census began to allow Americans to identify as more than one race. And now, the country is on the threshold of seeing the name of Kamala Harris — proud daughter of a Jamaican father and Indian mother — on the national ballot.

Harris’ historic nomination for vice president on the Democratic ticket is challenging America’s emphasis on identity and labels.

While her dual heritage represents several slices of the multicultural and multiracial experience, many have puzzled over how to define her — an issue people of diverse backgrounds have long had to navigate.

Harris has long incorporated both sides of her parentage in her public persona, but also has been steadfast in claiming her Black identity, saying her mother — the biggest influence on her life — raised her and her sister as Black because that’s the way the world would view them.

“My mother instilled in my sister, Maya, and me the values that would chart the course of our lives,” Harris said in a Wednesday night speech at the Democratic National Convention to accept her party’s nomination. “She raised us to be proud, strong Black women. And she raised us to know and be proud of our Indian heritage.”

A 2015 Pew Research Center study found that multiracial people in the U.S. were growing at a rate three times faster than the general population. A majority said they were proud of their mixed-race background, but had been subjected to racial slurs or jokes. And about 25% said they were bothered by people making assumptions about their racial background.

Harris herself has lamented how others feel a need to define her, despite how comfortable she is in her own skin.

“I didn’t go through some evolution about who am I and what is my identity,” she said in a June interview with the Los Angeles Times’ “Asian Enough” podcast. “And I guess the frustration I have is if people think that I should have gone through such a crisis and need to explain it.”

For others from multiracial backgrounds, however, the journey can be fraught. On her Instagram account, Amanda Neal proudly declares that she’s “HELLA BLACK, HELLA PINAY,” referring to the demonym for a woman of Filipino descent. But the 30-year-old voice instructor in Chicago says it’s taken much time and self-reflection to fully embrace both sides of her racial identity.

As a young girl, Neal said people often tried to make her choose one identity over the other because her mother is an immigrant from Philippines and her father is an African American who grew up in Chicago and Hawaii. And she said some Filipino relatives told her to avoid sounding or acting “too Black.”

“It turned into an anti-Blackness that I didn’t even know I had,” she said.

Sheila SatheWarner’s two sons are Black and Asian, just like Harris. SatheWarner is Indian American, and her husband is of African Caribbean descent via St. Croix.

While one boy looks more Indian and the other more Black, SatheWarner said she has stressed their Black heritage, much like Harris’ mother. She encourages them to embrace the natural texture of their hair and reminds them to never play with toy guns for fear of them being targeted by police.

“We’ve always talked to them about both their heritages. We have been committed to visiting St. Croix,” said SatheWarner, a middle-school principal from Alameda, California. “They are both Black.”

The subject is inextricably linked to the “one drop rule,” a legal principle rooted in slavery that anyone with even a drop of Black lineage could not own land or be free. Today, it manifests itself in the way people visually categorize others and the social hierarchy between races, said Sarah Gaither, a Duke University professor studying race who herself is Black and white.

No one carries the same experience or should serve as “identity police,” said Gaither, who stressed the importance of allowing multiracial, multicultural people to define for themselves who they are, and accepting that a biracial person’s identity may evolve.

Officially, the U.S. census claims that about 3.5% of U.S. residents identified as two or more races in 2018, up from 2.4% in 2000. But when Pew conducted its own survey, its number increased five-fold when accounting for people who identified as one race but said that at least one of their parents was a different race or multiracial, as well as people who had at least one grandparent of a different race than themselves or their parents.

And though respondents were allowed to identify as more than one race in the U.S. census beginning in 2000, the race category options still are not all-encompassing.

People of Middle Eastern or North African descent have long struggled with what to pick. Advocates had unsuccessfully pushed for a separate category for the 2020 census, but the Census Bureau for now encourages people in those categories to identify as white. And even though Hispanic identity isn’t a race, Latinos often aren’t sure how to answer the race question and select “some other race” on census forms.

Aside from the way they outwardly present, how multiracial people are raised and conditioned by their families, their exposure to certain relatives and the makeup of their community surroundings also are important factors in how they identify.

Former President Barack Obama, whose father was Kenyan and mother was white, identifies as Black, while Meghan Markle, the Duchess of Sussex, whose father is white and mother is Black, has indicated a preference for being identified as biracial.

Then there’s pro golfer Tiger Woods, who coined the term “Cablinasian” because his mixed-race parents were of white, Black, Asian and native American ancestry. Woods’ unorthodox choice has offended some African Americans, who view it as a rejection of his Black identity.

For most of his childhood, Benjamin Beltran identified with his dad’s roots as a Filipino growing up in Saginaw, Michigan, with few other Asian Americans. At times, that made his white mother worry he was forgetting her ancestry, which traces to Scotland and Ireland. Still, most people assume he is Latino.

The 26-year-old college administrator living in Washingon, D.C., said he started shifting to identify as multiracial and biracial when he began hanging out with more Asian Americans in college, because he found his life experience was not quite syncing with his former preferred label.

“What I think is really cool is her identity is not simple,” Beltran said of Harris. “It’s complex and it’s nuanced and it’s reflective of more and more Americans in this day and age.”