The father of Michael Brown, the 18-year-old who was fatally shot by a police officer in Ferguson, Missouri, in 2014, was among the 200 people who gathered in Kentucky on Saturday in Breonna Taylor‘s memory, CBS Louisville affiliate WLKY-TV reports. Taylor, a 26-year-old EMT, was shot dead by officers during a drug raid inside her home in March.

The group gathered near a mural depicting Taylor with the goal of holding police accountable.

“The message is arrest the cops responsible for killing Breonna Taylor,” said Tamika Mallory of Until Freedom, an out-of-state activist group behind Saturday’s event. “I think we all know we have a responsibility to be out here for Breonna Taylor but not just for her, this is for our own lives. This is for our children and generations to come.”

Sunday also marked the sixth anniversary of Michael Brown’s death. His father, Michael Brown Sr., addressed the crowd, saying, “When you go through something like that … traumatic, it’s hard to find a balance. The only thing you want is justice.”

“I’m very grateful to be here and memorialize Breonna Taylor,” he added. 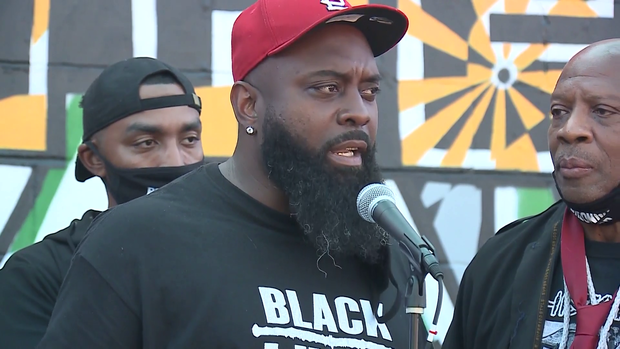 Michael Brown Sr. seen at a Breonna Taylor protest on Saturday, August 8, 2020, in Louisville, Kentucky. His son was killed six years ago by police in Ferguson, Missouri.

On March 13, police entered Taylor’s home with a no-knock warrant. The officers fatally shot Taylor while looking for illegal drugs, which were never found. Officials have claimed that they only shot at Taylor after her boyfriend, Kenneth Walker, shot at them first.

Taylor’s family has claimed that Walker shot at the officers because they did not announce themselves when they entered the home, and he thought they were trying to break in.

Only one of the three officers involved in Taylor’s death has been fired. None of the officers have been charged. Taylor’s family filed a lawsuit against the officers in May, accusing them of wrongful death, excessive force and gross negligence.

The lawsuit, obtained by CBS News, alleges that Officers Myles Cosgrove and Brett Hankinson and Sergeant Jonathan Mattingly — who are named as defendants — arrived at the home in plainclothes and unmarked vehicles.

The family’s lawsuit alleges “the officers then entered Breonna’s home without knocking and without announcing themselves as police officers. The Defendants then proceeded to spray gunfire into the residence with a total disregard for the value of human life.” Taylor was struck eight times.

In June, Mayor Greg Fischer signed “Breonna’s Law,” which bans the use of no-knock search warrants and it requires officers to wear body cameras when executing search warrants.

In wake of the 26-year-old’s death, Oprah Winfrey launched a billboard campaign across Louisville demanding justice. In addition, the September cover of Winfrey’s magazine will feature a portrait of Taylor. 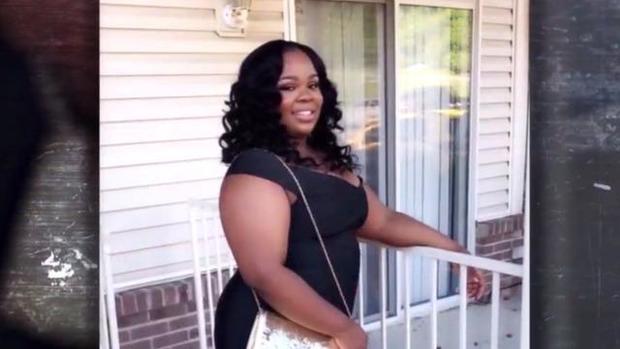 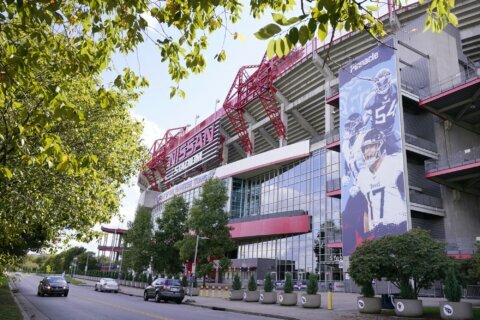