Police have arrested a man on gun charges after he allegedly pulled a handgun on a group of anti-abortionists in the parking lot of Planned Parenthood in Delaware.
Listen now to WTOP News WTOP.com | Alexa | Google Home | WTOP App | 103.5 FM

DOVER, Del. (AP) — Police in Delaware arrested a man on gun charges after he allegedly pulled a handgun on a group of anti-abortion protesters in the parking lot of Planned Parenthood, authorities said Saturday.

Police say it happened Friday morning after Aniska engaged with demonstrators that were on a public sidewalk in Dover. Police say during an argument, Aniska pulled out a black handgun and made a threatening statement to the group.

Aniska has been charged with aggravated menacing, terroristic threatening and possession of a firearm during commission of a felony. He was released on $26,000 bond. 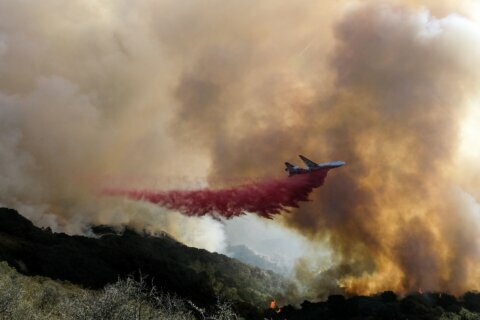