Arrest made in boy’s death that sparked federal task force

KANSAS CITY, Mo. (AP) — A man has been charged in the shooting death of a 4-year-old Kansas City, Missouri, boy whose killing sparked a federal anti-crime task force that has sent hundreds of federal agents to several cities to fight violent crime.

Ryson Ellis, 22, of Kansas City, was charged Thursday with second-degree murder, unlawful use of a weapon and two counts of armed criminal action in the death of LeGend Taliferro, who was struck by a bullet June 29 while he slept on the floor of his father’s apartment.

Federal authorities named the anti-crime task force Operation LeGend in the boy’s memory. Under the program, which is being overseen by the U.S. Department of Justice, federal agents have been sent to cities with high crime rates to work with local law enforcement to investigate violent crimes.

President Trump met with LeGend’s family — including his mother, Charron Powell — when the program was announced. The operation has since expanded to several cities, including Chicago, St. Louis and Albuquerque, New Mexico.

“This development is a model for joint efforts to solve crimes and reduce violence in other cities,” Barr said. “I thank the state and local law enforcement officers who helped make possible this important step in bringing justice to LeGend, to his family, and to his community.”

A probable cause statement in the case said a sister of LeGend’s father, who was in the apartment when the boy was shot, had a child with Ellis. She alleged he had assaulted her a few days before the shooting and some of her brothers, including LeGend’s father, had an altercation with Ellis, KSHB-TV reported.

Jackson County Prosecutor Jean Peters-Baker said Ellis was “cowardly” when he fired several shots into the apartment where LeGend was thought to be safe. She said investigators ran into several dead-ins until a community member came forward with important information.

Ellis was arrested Thursday in Tulsa, Oklahoma, and was being held on no bond, Peters-Baker said.

Powell, LeGend’s mother, said at the news conference she was “grateful that we are in the steps to justice,” but also expressed sadness for her son’s alleged killer and the violence in Kansas City.

“This is a lose situation, for my family, and including his,” Powell said of Ellis. “We have to take it a step farther and calm the violence down.”

U.S. Attorney Tim Garrison said the case was “precisely the type of case that this operation was designed to solve and we are very pleased that his case is one step closer to bringing justice to little LeGend and his family.”

He said Operation LeGend has resulted in more than 200 arrests since it began in Kansas City, including 16 people suspected of participating in homicides.

This story has been corrected to show that the correct title is Attorney General William Barr. 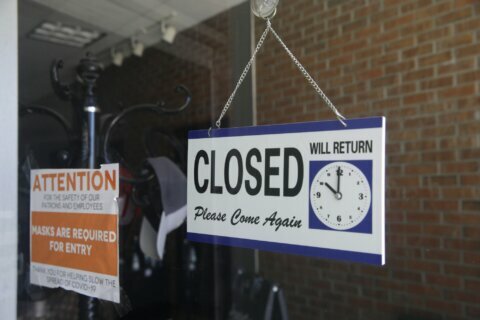 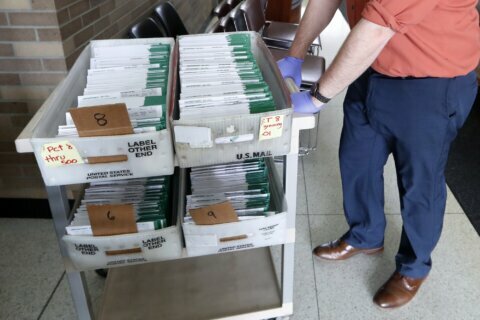