LOS ANGELES (AP) — There were no fires this time in Watts. There was no looting, no shooting and no…
Listen now to WTOP News WTOP.com | Alexa | Google Home | WTOP App | 103.5 FM

LOS ANGELES (AP) — There were no fires this time in Watts. There was no looting, no shooting and no National Guard troops patrolling.

Protesters filled the nation’s streets in late May and June following the Minneapolis police killing of George Floyd, demanding an end to police brutality. There was violence and looting in some places, including Los Angeles, but not in LA’s Watts neighborhood, forever linked to an uprising in the segregated community 55 years ago that became known as the Watts riots.

Demonstrators made a point not to go into Watts or other poor neighborhoods this time.

Watts has never fully recovered from fires that leveled hundreds of buildings or the violence that killed 34 people — two-thirds of whom were shot by police or National Guard troops. Those who lived through those frightening days and grew up in its aftermath are keenly aware of the lessons it taught.

Watts, an exclusively Black neighborhood in the 1960s, is now majority Latino. It remains poor, with high unemployment.

The uprising started Aug. 11, 1965, in a nearby neighborhood after the drunken driving arrest of a young Black man by a white California Highway Patrol officer. The violence reflected pent-up anger over an abusive police force, a problem that has ebbed but not entirely faded, according to those who live here.

Improvements over the years include a more diverse Los Angeles Police Department that better reflects the city’s population. One of Watts’ major public housing developments, Jordan Downs, is being rebuilt with a nearby retail shopping complex.

A government commission that studied the cause of the uprising called for better police-community relations and more low-income housing, better schools, more job training, more efficient public transportation and better health care. Those who live here say the area still has a long way to go to overcome decades of neglect.

Black residents, people born here and those who work to make life better in Watts spoke to The Associated Press about the challenges they faced and those that remain.

Donny Joubert remembers the chaos of 1965 through the eyes of a 5-year-old.

When he saw National Guard troops walking outside, Joubert thought his plastic toy soldiers had come to life.

“What really shocked me was I look up and I see the same guys I was holding were walking through the development with guns on their shoulders,” Joubert said.

He ended up joining a gang and ended up in jail.

But at 20, and with a young daughter, he got a second chance. Through a program founded by U.S. Rep. Maxine Waters of California he eventually got a job at the Los Angeles Housing Authority, where he’s now a grounds supervisor.

He’s also vice president of the Watts Gang Task Force, which meets weekly with police. If there are reports of an abusive officer they tell the captain.

He wants to see more done to prosecute police for brutality and fatal shootings. Only two officers in Los Angeles County have been prosecuted for on-duty killings in the past 20 years, a period in which close to 900 people, mostly Black and Latino, have been killed by law enforcement.

“It’s been a crooked system when it came to us. They always had a system to keep us locked up, to keep a knee in our neck,” Joubert said.

Many of the businesses that burned were never rebuilt.

The area has long been termed a “food desert” because of a lack of fresh fruits and vegetables and a plethora of fast food restaurants and convenience and liquor stores stocked with booze, junk food and cigarettes. It took 20 years for a supermarket to be built after the uprising.

“It was almost an act of punishment when they burned down the grocery store,” Murchinson said.

Murchinson, 36, who didn’t grow up in Watts, said the community survived the 1965 uprising and another in 1992 following the acquittal of the officers who beat Rodney King. But surviving is not enough.

“The spirit of the people of Watts has not changed. They are still resilient. They are still vibrant,” he said. “That is a good and bad thing. When you have the testimony of surviving, you sometimes think that is success and think surviving equates to thriving, and it doesn’t.”

Lavarn Young, 81, who moved to Watts from Texas in 1946, said she’s seen a lot of good change since the uprising.

Nearby freeways make it easier to get around, there’s a light rail stop in the heart of Watts and shopping centers eventually replaced businesses that burned down in 1965.

But she said gangs have made the neighborhood more dangerous than it was a half-century ago, even if crime is not as bad as during the crack cocaine epidemic of the 1980s and early ’90s.

Young, who was a horse race bookie and later worked in special education in schools, lives in her parents’ house.

One of her sons lives in the house behind her. He gets by on disability pay after a bullet lodged in his brain when he was shot in the eye. He survived two other shootings, as well.

Young’s 15 grandchildren, nephews and nieces are in and out of the house. She doesn’t ask if they are in gangs.

“You don’t have to be in a gang, but you’re associated with it,” she said.

Hank Henderson, 62, and his family arrived in Watts from Indianapolis the year before the uprising and has seen its bad and good. He remembers the fires, shattered windows, burned-out cars and soldiers in the streets.

The neighborhood was rough, but Henderson stayed out of trouble — his father wouldn’t tolerate it and he played sports. He was a local Golden Gloves champ and trains young boxers today.

The Black Lives Matter movement and Floyd’s death have brought attention to abuses Black people have suffered for years, though Henderson said that situation has improved since the LAPD started listening to their complaints.

“The police car says, ‘To protect and to serve’ but ‘seek and destroy’ is what they were doing,” Henderson said. “People are listening now. They’re realizing what’s been going on all these years.”

Henderson moved out of Watts to the suburbs about two years after a son, Rayshawn Boyce, was gunned down in 2009. The suspected killer was caught but never charged because witnesses feared for their safety.

“I didn’t want to get out of here for years. I just wasn’t ready,” he said.

On a small building that backs up to freight train tracks on Compton Avenue, an image of Martin Luther King Jr. is painted on a wall across the word, “DREAM.”

Inside the Shack by the Track, Lorinda Lacy tries to make those letters come to life for Watts residents.

In addition to assembling party supplies for a living and serving snacks, she spends a lot of her time helping others.

Lacy, known as Auntie Moee, is one of many in Watts who provide for those in need.

Lacy does all her work on a shoestring budget, providing blankets and pillows to the homeless, feeding children who miss out on school lunches during the summer and providing hundreds of free meals each holiday. She gets contributions, buys food when it’s cheap and gets handouts from churches and food pantries.

“I don’t have anything to give back but my love,” she said.

Lacy said her brother, the rapper Kevin “Flipside” White, part of the group OFTB, or Operation from the Bottom, inspired her to give back to the community.

Lacy, 45, moved out of Watts 20 years ago because she didn’t want her daughters to grow up with the trauma she experienced. But she hasn’t given up on her old neighborhood.

“All I’m doing is taking my stand and doing my part,” she said.

Gipson attributes his success partly to hardworking parents who did not spare him from discipline. They taught him to respect others, and neighbors also looked out for him.

There was immense pressure to join a gang, and he wanted to be part of one. But Gipson said the leader wouldn’t let him, partly because he was afraid of Gipson’s mother.

Gipson’s turning point came in middle school when he overcame a speech impediment and low self-esteem and was elected class president.

“It was difficult growing up, but not impossible growing up in Watts,” he said.

Gipson eventually became a police officer in the city of Maywood and then left for a series of jobs working for politicians and unions. He was elected to City Council in Carson in 2005 and state Assembly in 2014 to represent an area that includes Watts.

Floyd’s death inspired Gipson to introduce legislation to ban a controversial neck hold that police officers use to restrain suspects. He also wants bias training for police, more people of color on the force and an affirmative action ban in the state repealed.

“We’re not the same California we were 55 years ago or the city of Los Angeles 55 years ago,” Gipson said. “Voices are saying, ‘We’ve been mistreated.’ Change is in the air.” 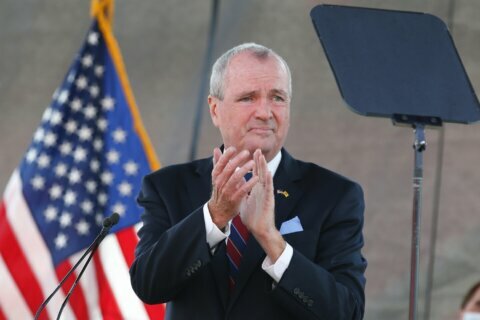 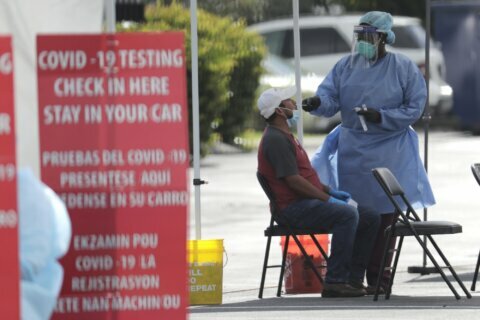