LOS ANGELES (AP) — Three people were shot, one fatally, early Tuesday during a party attended by hundreds of people at a Los Angeles mansion, authorities said.

The three shooting victims were taken to hospitals in critical or grave condition, and a 35-year-old woman later died, authorities said. The other two, a woman and man, were later upgraded to stable.

Police have yet to identify any suspects or a possible motive, said police Lt. Chris Ramirez. No arrests have been made.

Hours before gunfire erupted, officers were called to the mansion on Mulholland Drive after neighbors complained, officials said. Police asked some people to move double-parked cars but did not break up the gathering, Ramirez said.

Helicopter news footage showed a DJ on a balcony, people crowded around a pool and a food truck and dozens of cars on the long driveway.

Few people at the party wore masks or followed guidelines for social distancing amid the pandemic. To prevent the virus spread, the Los Angeles County Department of Public Health has banned parties of all sizes.

When bars initially closed because of the pandemic, police reported receiving an increase in calls about large, illicit parties at private homes, the Los Angeles Times reported.

In May, officers responded to a Los Angeles house party with more than 100 people that ended when a partygoer accidentally shot himself in the groin. 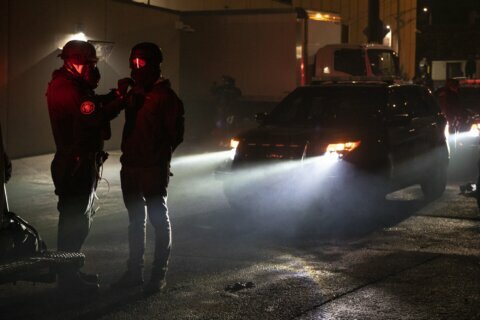