PORTLAND, Maine (AP) — A state judge’s ruling allowing a referendum the use of ranked choice voting in presidential elections in Maine isn’t going without a challenge.

The secretary of state’s office and intervening parties have filed separate appeals of the judge’s decision that prevents the voting system from being used in the November presidential election in Maine.

Secretary of State Matthew Dunlap said his appeal focuses on whether people circulating petitions must be registered voters at the same time they’re collecting signatures. The Maine Republican Party, which pressed for the referendum, exceeded the threshold of 63,068 by just 22 signatures thanks to the judge’s ruling on Monday.

The timing of the judge’s decision left little opportunity for further appeal. The deadline for collecting materials needed to print ballots was supposed to be Friday, but Dunlap’s spokesperson suggested there’s wiggle room. She could not provide an absolute deadline for printing ballots.

Maine is the first state in the nation to adopt the voting system that lets voters rank candidates from first to last on their ballot.

A candidate who reaches 50% or more in the first round of voting is declared the winner. If there’s no majority, then there are additional tabulations, aided by computers, in which last-place finishers are eliminated and those voters’ second choices are reallocated to the remaining field.

The voting system was first used in congressional races for the first time in 2018. Because the voting system runs afoul of the Maine Constitution, it is not used in the governor’s race or legislative contests. 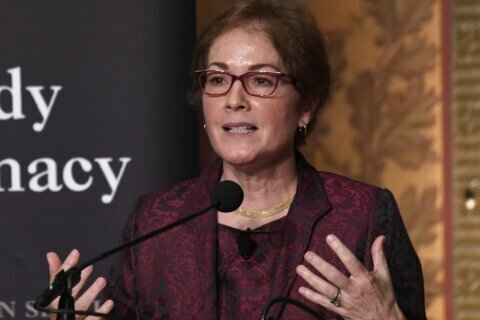