Trump talks up his rule-cutting, but courts saying otherwise

WASHINGTON (AP) — President Donald Trump is positioning himself as a champion regulation-cutter in the leadup to the Nov. 3…
Listen now to WTOP News WTOP.com | Alexa | Google Home | WTOP App | 103.5 FM

WASHINGTON (AP) — President Donald Trump is positioning himself as a champion regulation-cutter in the leadup to the Nov. 3 election, but in between his showy red-tape-cutting events, his deregulatory agenda is taking a beating in the courts.

One day, he’s hailing a massive rollback to one of the nation’s most important environmental laws, which he hopes will speed up gas pipelines and all kinds of other big projects. Another, he’s holding forth between two pickup trucks being used as props on the South Lawn of the White House — a blue one piled with weights identified as government regulations and a red one, of course, that has been unburdened.

“No other administration has done anywhere near,” Trump declared.

But there’s a sharp disconnect between the president’s muscular rhetoric and the many courtroom battles he’s lost.

Trump’s deregulatory victories have been shrinking in number as courts uphold many of the lawsuits filed by states, environmental groups and others in response to his administration’s sometimes hastily engineered rollbacks.

The judge described the Trump administration’s legal groundwork to justify the rollback as “wholly inadequate” and “backwards.” “An agency cannot flip-flop regulations on the whims of each new administration,″ she wrote.

The defeat was the administration’s third major loss in federal courts in just one week.

“Those were three really huge major decisions all across the span … where the Trump administration was rebuked across the board,” said Vickie Patton, general counsel of the Environmental Defense Fund, who had a role in all three cases.

To be sure, the president has had a few wins, and many important cases are not yet resolved.

Among the administration’s victories: It scrapped an Obama-era regulation that imposed tougher restrictions on hydraulic “fracking” operations. Trump also signed 15 resolutions of disapproval that passed a Republican-led Congress, overturning an array of rules issued by federal agencies in the final months of Barack Obama’s presidency.

But where Trump has really made his mark is throttling back new regulations, said Cary Coglianese, a professor at the University of Pennsylvania Carey Law School and director of the Penn Program on Regulation.

“There’s just been much less new regulation of great consequence during the last three and a half years,” Coglianese said.

With respect to peeling back existing regulations, Coglianese finds Trump efforts to be limited and mostly aimed at undoing the work of his predecessor. That includes throwing out Obama’s legacy efforts to moderate climate change by mandating far more fuel-efficient vehicles and setting the first limits on carbon pollution from U.S. power plants.

Other administration efforts would greatly weaken the scope of two laws that have served as the foundation for a half-century of public health and environmental regulation, removing federal protections for millions of miles of waterways and wetlands and reining in environmental reviews and public input for major projects.

The president early in his administration directed agencies to scrap two regulations for every new one they create. The White House said this month that it has taken seven deregulatory actions for every significant new rule.

But even the White House’s own records reflect that many of those rule-cutting measures were minor. The ratio falls to 2 to 1 over the past two years when only significant rules are considered.

The president’s pose between the two pickups was designed as a reminder to supporters — not as an overture to win over new ones — that if you distrust regulations, Trump is still your guy, said Daniel Bosch, who tracks regulatory policy at the conservative American Action Forum.

“Those folks that are driven and motivated by deregulation know that the president is committed to that,” Bosch said.

Trump also sees the regulatory issue as a chance to tie Vice President Joe Biden to the progressive wing of the Democratic Party. He argues that Biden’s support for the Paris climate accord and other policies would lead to higher energy bills and job cuts.

If he wins, Biden pledges to do to Trump’s regulatory record what Trump did to Obama’s: obliterate it.

“We’re not just going to tinker around the edges,” Biden said in recent weeks. He pledged to “reverse Trump’s rollbacks of … public health and environmental rules and then forge a path to greater ambition.”

Trump’s regulatory legacy will be greatly shaped in coming months by court rulings in lawsuits challenging some of his most potentially consequential rollbacks.

“He needs to win reelection in order to defend those rules in court, and even then I think it’s going to be a longshot to win some of those,” Noll said.

Both sides know the end game for many of the rollbacks may be in the Supreme Court — and Trump may have a chance to name more justices to the court if he wins a second term.

If it comes to that, said Patton, the environmental group lawyer, then regulatory litigation could be “generation-defining.”

Knickmeyer reported from Oklahoma City. Will Weissert contributed from Washington. 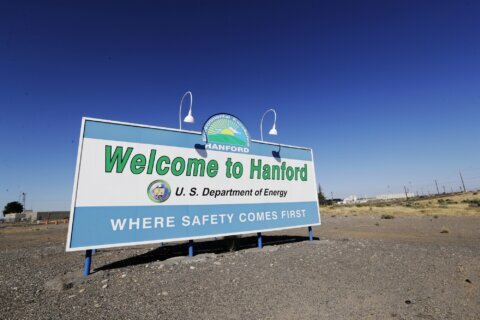 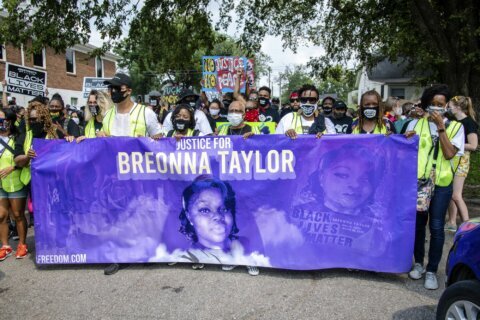 A timeline of events related to the death of Breonna Taylor

The Latest: Iraq tells UN it needs help to fight the virus