Cleanup from Hanna spurs fear amid COVID-19 surge in Texas 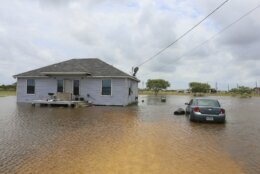 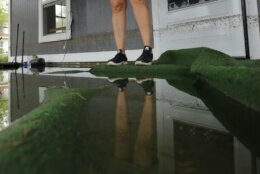 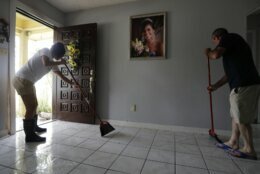 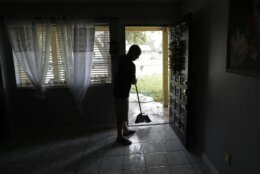 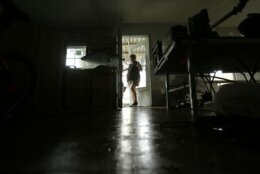 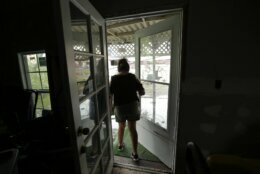 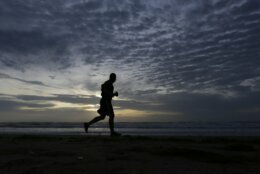 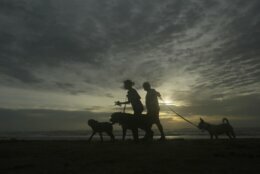 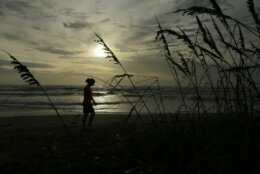 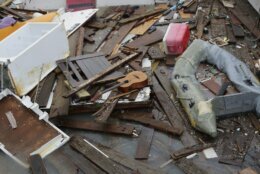 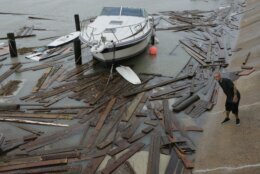 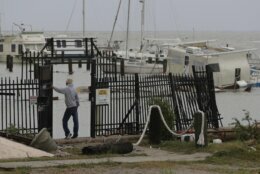 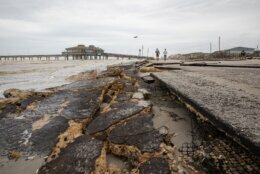 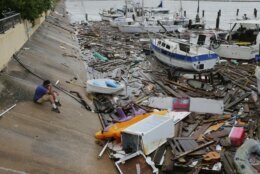 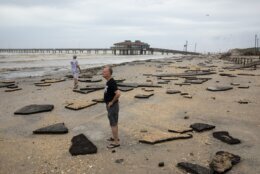 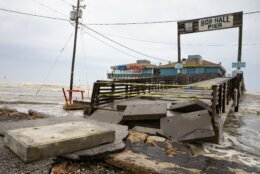 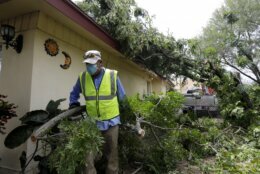 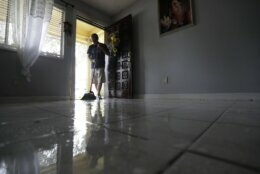 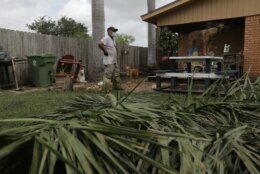 WESLACO, Texas (AP) — As recovery and cleanup efforts got underway Monday in South Texas in the wake of a downgraded Hanna, worried residents confronted the prospect of undertaking the effort amid a surge in coronavirus cases that has left many fearful about their health.

Now a tropical depression, Hanna was 65 miles (105 km) north of Fresnillo in the Mexican state of Zacatecas as its winds weakened to about 25 mph (40 kph), the National Hurricane Center said. Its remnants still threatened to bring rainfall and flash flooding to waterlogged parts of South Texas and Northern Mexico.

For 66-year-old, Nora Esquivel, who has mostly stayed in her home in Weslaco, Texas, in Hidalgo County since March because of the pandemic, flooding damage to her home from Hanna meant greater chance of exposure to the virus.

“No contact with nobody, only my daughter once in a while, and now with this, I have to allow people to come into my house, the insurance and all this and I’m scared,” said a tearful Esquivel, who takes heart medication and had to be rescued from her home Sunday morning by her son on a kayak.

“All my friends are dying. … I have fear for my family, for everybody, not just me and this is the whole world.”

In the aftermath of Hanna, which dumped up to 16 inches (41 centimeters) of rain in some parts of South Texas and Northern Mexico, officials reported two people died in the northern Mexican city of Ramos Arispe, near Monterrey, after torrents of water unleashed by Hanna swept their vehicle away. Three people were reported missing in Monterrey and three more were missing in the border city of Reynosa, across from McAllen, Texas, according to Mexico’s national civil defense office.

Gov. Greg Abbott said the state was sending additional testing supplies and hospital personnel to South Texas communities impacted by Hanna to ensure the storm doesn’t exacerbate the spread of the virus.

“The spread of COVID can be far more deadly than the damage caused by the storm,” Abbott said on KRGV-TV. He planned to tour damaged areas Tuesday.

The governor asked residents to adhere to social distancing guidelines and to wear masks if they had to leave their homes and go to a shelter. Officials said shelters were set up to be as safe as possible, with temperature checks by on-site medical personnel. Some were being sheltered in hotel rooms.

Border communities hit by Hanna were already strained by COVID-19 cases — with some patients being airlifted to larger cities.

Hidalgo County Judge Richard Cortez told The Associated Press in a telephone interview Monday that “in a strange way” the hurricane might have helped with the county’s recent surge in COVID-19 cases because the storm made people stay at home.

In Cameron County, located next to Hidalgo County, officials said they were grateful the hurricane did not overwhelm their hospitals, which continue dealing with a crush of COVID-19 patients.

Cameron County Judge Eddie Treviño Jr., the county’s top elected official, said there were reports of at least 150 flooded homes and some roadways were still impassable due to high water, but for the most part the county was doing well.

“I think we’re very fortunate the storm did not bring major, major flooding and no loss of life,” he said.

North of Cameron County in Nueces County, Corpus Christi reported that 60 infants tested positive for COVID-19 from July 1 to July 16.

Coastal states scrambled this spring to adjust emergency hurricane plans to account for the virus, and Hanna was the first big test.

Hanna blew ashore as a Category 1 storm late Saturday afternoon with winds of 90 mph (145 kph) not far from Port Mansfield, which is about 130 miles (210 kilometers) south of Corpus Christi.

By Monday evening, 50,600 customers remained without power throughout South Texas, including Corpus Christi, Harlingen and McAllen, utility officials said. That was down from a peak of 200,000 early Sunday morning.

Officials throughout South Texas were still assessing damage from Hanna on Monday. In Hidalgo County, some colonias — unincorporated, low-income areas along the U.S.-Mexico border — had been flooded by several feet of water, Cortez said.

In the Mexican city of Matamoros, across from Brownsville, more than 1,300 asylum seekers, including newborns and elderly people, at a refugee camp braced for the impact of flooding from the Rio Grande due to Hanna. The river was expected to rise and likely flood the camp in the next few days.

Chloe Rastatter, a volunteer engineer at the camp, said United Nations representatives have been working with Mexican authorities to plan for the relocation of the migrants.

In the Mexican border city of Reynosa, a maternity hospital was damaged by heavy rain, with some patients moved to upper floors and others evacuated to other facilities, said Pedro Granados, director of civil protection for Tamaulipas state.

In the Pacific Ocean, meanwhile, Hawaii avoided a direct hit Monday from Hurricane Douglas as the storm was moving away from the main Hawaiian islands.