INDIANAPOLIS (AP) — An attorney for two people accused of being involved in a reported assault on a Black man at a southern Indiana lake said Monday his clients are victims of a “smear campaign” and a “rush to judgment.”

Vauhxx Booker, a local civil rights activist and member of the Monroe County Human Rights Commission, said five white men pinned him against a tree, shouted racial slurs and one of them threatened to “get a noose” at Monroe Lake near Bloomington over Independence Day weekend.

But David Hennessy, a criminal defense attorney for Sean Purdy and Caroline McCord — two of the people accused of being involved — said Booker has been “putting forth a false narrative” about what happened.

“Mr. Booker was the instigator and the agitator,” Hennessy said at a press conference in downtown Indianapolis.

Neither Booker nor his attorney, Katherine Liell, was present at the news conference. In a statement released Monday evening, they maintained that Booker is a “victim of an attempted lynching and violent prejudice fueled attack.”

“Mr. Booker did not instigate this encounter; he did not provoke anyone to hold him against his will. He did not yell or shout or lose his temper,” the statement said. “This is what repeatedly happens. The victim gets blamed and shamed. He gets re-victimized. Vauhxx Booker is the victim. Black people across the nation have been the victims.”

Purdy and McCord claim, according to their lawyers, that Booker was on private property. Hennessy said that after they informed Booker of the property line, his clients thought the situation was resolved. Hennessy contends that hours later, Booker again approached Purdy, McCord and a group of others. They say Booker threatened them, claiming to be a county commissioner. That’s when Booker “jabbed a finger” in McCord’s face and proceeded to punch Purdy three times, Hennessy said.

“If you go on a neighbor’s property and start punching people, you can be restrained. And (Booker) ended up against a tree,” Hennessy said, arguing that Booker was not attacked. “No talk of a noose, no talk of a rope, no talk of a lynching. No white power.”

Hennessy said neither Purdy nor McCord heard or said “get a noose,” but that “some racially insensitive stuff” was said by people known to them. When asked, Hennessy said his clients know the people and condemn the language used.

“There is a grand awakening regarding racial injustice happening in all of our communities. This is long overdue. It is deplorable that a person would be targeted because of his or her race,” Hennessy said. “It is equally deplorable for a person to use his race as a weapon and to arouse public passion over a false allegation.”

Booker has said he was pinned to a tree at the lake just south of Booker’s hometown of Bloomington and that the group of five men accused him of trespassing on private property. After he tried to apologize, he said the situation got physical. Booker said the men threatened to break his arms and said, “get a noose,” while telling his friends to leave the area. Booker also said one of the men had a hat with a Confederate flag on it and that the men made statements about “white power.”

Much of the assault that followed was captured on cellphone video by people Booker had met up with that day. Booker said he suffered a minor concussion, cuts, bruises and had patches of his hair pulled out.

Hennessy said there is more video that the public has not seen that will provide proper context but that neither he nor his clients possess the footage.

Purdy and McCord were at the news conference but did not speak. Their lawyers said they are cooperating with law enforcement.

Casey Smith is a corps member for the Associated Press/Report for America Statehouse News Initiative. Report for America is a nonprofit national service program that places journalists in local newsrooms to report on undercovered issues.” 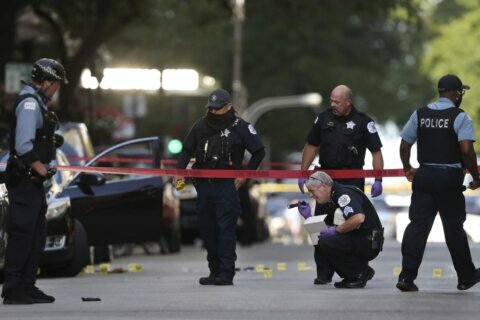 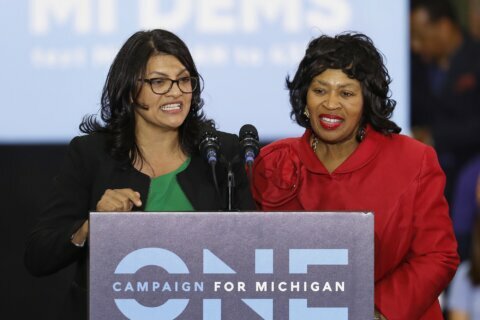