JUNEAU, Alaska (AP) — An outside group focused on defeating President Donald Trump in November and “Trumpism” is running an ad in Alaska in support of independent Al Gross in Alaska’s U.S. Senate race.

The ad, sponsored by The Lincoln Project and shared on its website, doesn’t mention Sullivan but an accompanying press release does. The release refers to Sullivan as “no longer a Republican nor a conservative” but a “Trumpist.”

Sullivan campaign manager Matt Shuckerow said the campaign expects outside groups will spend millions of dollars to try to make an impact on the race. He said having Democrats Joe Biden as president and Chuck Schumer as Senate majority leader “would be disastrous for Alaska.”

The Lincoln Project includes current and former Republicans working to defeat Trump and those in Congress seen as allied with him. The group did not immediately respond to requests for comment.

Gross’ campaign said it was “excited to see our historic coalition growing through the Lincoln Project’s support.”

Sullivan has no opponent in the Aug. 18 primary.

Gross, who is running in the Democratic primary and has been endorsed by the party, has two primary opponents, Edgar Blatchford, running as a Democrat, and Chris Cumings, running, like Gross, as a nonpartisan. Gross said he has focused on running against Sullivan.

Neither Blatchford nor Cumings has reported to the Federal Election Commission raising any money.

“Independent” is a term often used to describe those registered as undeclared or nonpartisan in Alaska. The largest bloc of registered voters is registered as such. All three members of Alaska’s congressional delegation are Republicans, as is Gov. Mike Dunleavy.

Gross, an orthopedic surgeon who has contributed more than $700,000 to his campaign so far, reported $3.2 million on hand as of June 30. Sullivan reported about $5.4 million available as of June 30.

Both men last week released ads of their own. Sullivan’s cited efforts to provide aid amid the coronavirus pandemic and said he worked with Republicans and Democrats toward that end. Gross’ ad featured adventurous tidbits, such as saying he “killed a grizzly bear in self-defense after it snuck up on him.”

Gross said he and a friend shot the bear together after the animal ripped up their camp on a duck-hunting trip and moved toward them. It was a situation “where I had no choice,” he said in an interview Wednesday.

In 2014, Sullivan, a former state attorney general and natural resources commissioner, defeated Democratic Sen. Mark Begich in a closely watched race as the parties vied for control of the Senate. It was an expensive race, too, that saw a flood from outside interest groups. 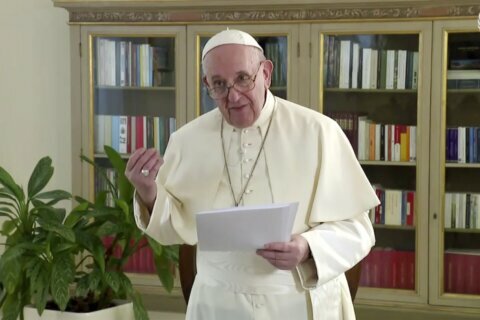 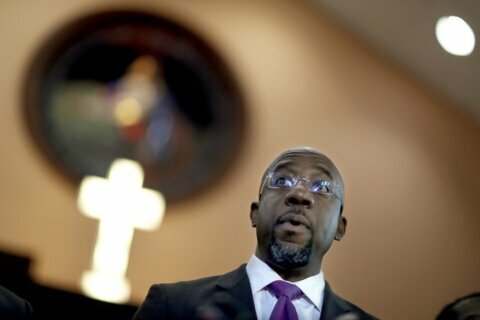