COLUMBIA, S.C. (AP) — Citing “extreme wait times and confusion at polling places” in some precincts in and around South Carolina’s capital city during Tuesday’s primary, state election officials said they are sending help before upcoming runoffs, including poll manager training and equipment testing.

“The South Carolina State Election Commission is disappointed with the conduct of yesterday’s primaries in Richland County,” the Commission said in a release Wednesday. “We know election officials and poll managers were faced with the extraordinarily difficult task of conducting an election in a pandemic. But yet again, voters were unnecessarily subjected to extreme wait times and confusion at polling places.”

The COVID-19 outbreak – which has infected more than 15,000 in South Carolina, killing more than 560 – created some questions as to how Tuesday’s elections would be carried out. In an effort both to alleviate numbers at the polls and assuage voters’ concerns about contagion, lawmakers recently passed a law allowing universal absentee voting because of the pandemic. A federal judge also temporarily removed a policy requiring that a witness sign an absentee voter’s ballot.

But the relatively low-key state primaries in South Carolina still saw long lines at a few precincts, especially in Richland County, as polling places were combined because many longtime workers at sites didn’t take an assignment this year because of concerns of contracting the coronavirus.

Some voters in the area – allowed to vote after polls closed as long as they remained in line – did not actually cast ballots until after midnight. There were also dozens of other problems as poll workers, many of them new hires because of COVID-19, pulled up the wrong ballots.

The state Democratic Party said hundreds of discrepancies were reported to its officials. Poll workers pulled up ballots without all local races, candidates were missing or managers tried to persuade voters to pick a different party’s ballot, state Democratic Party Chairman Trav Robertson said in a statement.

“Even with COVID-19 concerns, there is no reason for our state’s elections officials to fail in the most basic planning, training, and execution of our voting process,” Robertson said.

In a release about election results, the state Republican Party officials called it “clear the hiccups in polling locations across the state, especially in Richland County, need to be addressed and fixed before the General Election in November.”

Where needed, runoff elections are scheduled for June 23. Ahead of that date, the commission said it would be helping Richland County train poll managers, test and deploy voting equipment and run through election day operations.

In South Carolina, other recent elections have been fraught with problems in Richland County, where state officials said they were “frustrated” at a lack of improvement despite efforts to help. During the 2012 presidential election, many voters waited hours to vote. After it was reported that nearly 1% of the 142,000 votes cast in the November 2018 election were not counted, Richland County elections and voter registration director Rokey Suleman resigned, although election officials said they did not think the uncounted ballots would have changed the outcome of any races.

That same week, Gov. Henry McMaster removed the entire Richland County Election Board, citing other problems including failing to count 1,100 votes in 2010 and missing vote counting deadlines in 2016.

“The lack of leadership within the office has gone on for far too long and remains an obstacle to effective and efficient elections going forward,” the Election Commission said Wednesday. 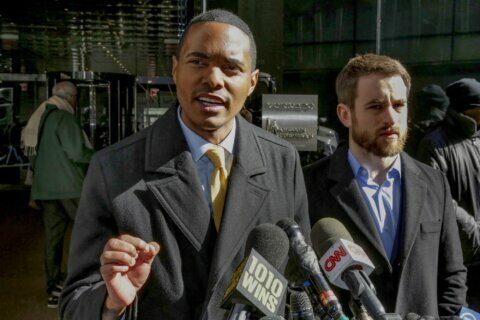