MOBILE, Ala. (AP) — Alabama’s port city removed a statue of a Confederate naval officer early Friday after days of protests over the police killing of George Floyd, with the mayor saying the monument was a “potential distraction” to focusing on the city’s future.

The bronze likeness of Admiral Raphael Semmes, which stood in a middle of a downtown street near the Mobile waterfront for 120 years, had become a flash point for protest in the Gulf Coast city. Vandalized during a demonstration this week and then cleaned by the city, it was removed overnight without any public notice.

Mayor Sandy Stimpson, in a string of messages sent on Twitter, said he ordered the removal. The decision to take down the statue wasn’t about Semmes or the monument itself, “and it is not an attempt to rewrite history,” he wrote.

“Moving this statue will not change the past. It is about removing a potential distraction so we may focus clearly on the future of our city,” Stimpson said.

The city would not say where the statue had been taken or what would be done with it, and it didn’t rule out the possibility that it would be returned to its original location.

Other Confederate symbols have come down around the South as calls to get rid of rebel monuments intensified during protests over Floyd’s death, in which an Minneapolis police officer was charged with murder.

The city of Birmingham removed a towering obelisk after another statue was toppled by protesters. Virginia’s governor has decided to remove a huge statue of Gen. Robert E. Lee in Richmond, Virginia, after city authorities said they’ll remove other Confederate monuments from Monument Avenue.

Semmes was a Confederate commerce raider, sinking Union-allied ships during the Civil War. According to the Encyclopedia of Alabama, he was jailed on treason charges in New York City before returning South after the war, and was later prohibited by U.S. authorities from taking office as an elected judge in Mobile.

He devoted his later years to writing his memoirs and became a “Lost Cause” hero to Southerners who lamented the end of the Confederacy. The statue was dedicated in 1900, the year before Alabama ratified a Constitution that established white supremacy in the state by essentially disenfranchising blacks and poor whites.

Semmes, a city of several thousand people near Mobile, was incorporated in 2010 and named in his honor. 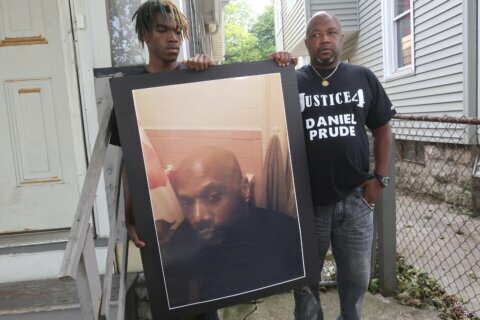