LOS ANGELES (AP) — Los Angeles moved Wednesday to reboot its once-promising legal marijuana market, giving initial approval to changes large and small to expand licensing and get more assistance to operators who endured the consequences of the nation’s war on drugs.

Broad legal sales kicked off in California in 2018, and at that time Los Angeles was expected to quickly establish itself as a world-leading cannabis economy. But that never happened. Instead, robust illegal sales continue to outpace the up-and-down legal market, while businesses complain that hefty taxes and a cumbersome bureaucracy have slowed, rather than encouraged, growth.

The City Council, voting unanimously, gave preliminary approval to a series of revisions that would provide a jump in licenses for so-called social-equity applicants — people, many of color, who were arrested or convicted of a marijuana-related offense, and lower-income residents who live, or have lived, in neighborhoods marked by high marijuana arrest rates.

Only those applicants would be eligible for new retail and delivery licenses through 2025.

Other changes would allow businesses seeking licenses to quickly get temporary approval to begin operating once certain benchmarks are met, would permit businesses to relocate while being licensed and streamline the application process.

If the plan gets final approval by the Council, Mayor Eric Garcetti is expected to sign it.

“This is a great opportunity for the city to focus on the expansion of the cannabis industry,” said dispensary owner Jerred Kiloh, who heads the United Cannabis Business Association, a Los Angeles-based industry group.

Kiloh said the city is on target to eventually double the number of retail businesses, up from 187 now operating. In time, rules allow for as many as 537 dispensaries, he added, though there are also restrictions that limit the number of businesses that can operate in neighborhoods.

More legal shops, linked with tougher enforcement, would help in the long-running fight to shut down illicit operators and delivery services that run in plain sight in the city, he added.

But the plan has also been criticized within the industry, with some saying the legal market remains flawed and could get worse.

Los Angeles cultivator Donnie Anderson called the proposal a mixed result, saying the city didn’t go far enough to make sure people who qualify for social-equity licenses meet the goals of the program — helping those who suffered in the war on drugs. He said the rules are too easily manipulated, leaving loopholes for the system to be exploited.

Among the problems: He pointed to outrage last year over licensing, when it was discovered that some people were able to get into a computer system before its official launch time to start applications. At the time, the city was awarding 100 licenses on a first-come, first-served basis. That led to widespread complaints about fairness. Later, a city audit concluded that those who got in early didn’t get an unfair advantage.

“I’d like to see them start over,” Anderson said. “All they are doing is slapping a Band-Aid over something that needs surgery and stitches to fix.”

Zachary Pitts, CEO of Ganja Goddess delivery service, said ruling out new licenses for long-time businesses through 2025 will hurt the market. He said he expected legacy delivery operators to pull out of LA, while inexperienced, new licensees will face heavy taxes and compliance costs, paired with competition from the booming illegal market.

“You are setting them up to fail,” Pitts said, emphasizing that he supports social-equity programs and leveling the playing field. “We all want licensing to happen quickly and be efficient, but this is not the way to make it work.”

Kiloh added that the city must also cut hefty tax rates that drive consumers underground, where they can find half-price deals compared to legal shops. 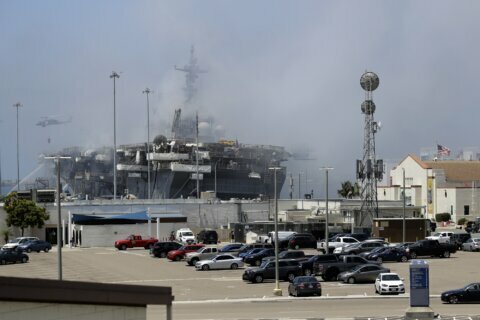