For George Floyd, a complicated life and a notorious death 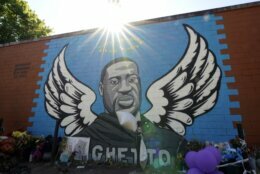 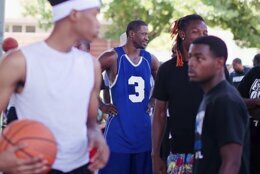 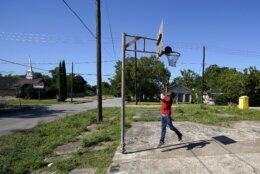 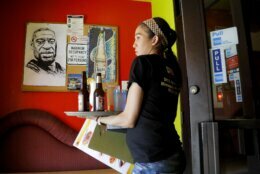 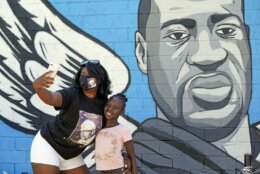 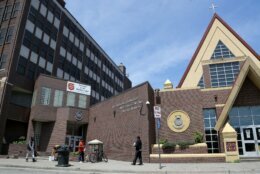 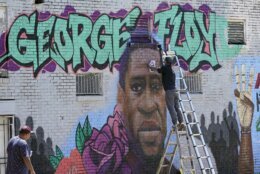 HOUSTON (AP) — Years before a bystander’s video of George Floyd’s last moments turned his name into a global cry for justice, Floyd trained a camera on himself.

“I’ve got my shortcomings and my flaws,” Floyd says in one video, addressing young men in his neighborhood. His 6-foot-7 frame crowds the picture.

“But, man, the shootings that’s going on, I don’t care what ’hood you’re from … Put them guns down.”

At the time, Floyd was respected for speaking from hard, but hardly extraordinary, experience. He had nothing remotely like the stature he has gained in death. But the reality of his 46 years was both fuller and more complicated.

Once a star athlete offered a partial scholarship, Floyd returned home to bounce between jobs before serving nearly five years in prison. A mentor in a housing project beset by poverty, he decided the way forward was to leave it behind.

“He had made some mistakes that cost him some years of his life,” said Ronnie Lillard, a friend and rapper who performs as Reconcile. “And when he got out of that, I think the Lord greatly impacted his heart.”

Floyd’s mother, a single parent, moved the family from North Carolina to Houston when he was 2. They settled in the Cuney Homes, a warren of more than 500 apartments in Houston’s Third Ward.

Long a cornerstone of Houston’s black community, it has gentrified in recent years. But incomes remain half the city average, with unemployment nearly four times higher.

Larcenia Floyd invested hopes in her son, who as a second-grader wrote of aspiring to be a Supreme Court justice. Floyd was a star tight end at Jack Yates High School, but atypical for a football player.

“If you said something to him, his head would drop,” said Maurice McGowan, his coach. “He just wasn’t going to ball up and act like he wanted to fight you.”

On the basketball court, Floyd won attention from George Walker, coach at what is now South Florida State College. The school was 17 hours away, but school administrators and Floyd’s mother urged him to go.

“They wanted George to really get out of the neighborhood, to do something, be something,” Walker said.

Floyd and other players from Houston stood out for their size and city style.

After two years in Florida and one at Texas A&M University in Kingsville, Floyd returned to Houston to work in construction and security.

When a neighbor went to prison on drug charges, Larcenia Floyd took in the woman’s pre-teen son, Cal Wayne, deputizing George to play older brother for the next 2½ years.

“We would steal his jerseys and put his jerseys on and run around…, jerseys all the way down to our ankles because he was so big and we were little,” said Wayne, now a well-known rapper who credits Floyd with encouraging him to pursue music.

But the man known throughout Cuney as “Big Floyd,” started finding trouble.

Between 1997 and 2005, Floyd was arrested several times on drug and theft charges, spending months in jail.

In 2007, Floyd was charged with aggravated robbery with a deadly weapon. Investigators said Floyd and other men barged into an apartment, where he pushed a pistol into a woman’s abdomen. Floyd pleaded guilty and was sentenced to five years. When he was paroled in 2013 he was nearing 40.

“He came home with his head on right,” friend Travis Cains said.

At a Christian rap concert, Floyd met Lillard and pastor Patrick “PT” Ngwolo, whose ministry was looking to reach Cuney residents. Floyd volunteered to be their guide.

Soon Floyd was setting up a washtub on the basketball courts for baptisms by Ngwolo’s newly formed Resurrection Houston congregation. He knocked on doors, introducing Ngwolo to candidates for grocery deliveries or Bible study.

On the streets, Floyd was embraced as an O.G. — literally “original gangster,” but bestowed as a title of respect.

In Tiffany Cofield’s classroom at a neighborhood school, some of her male students — many of whom had already had brushes with the law — told her to talk to “Big Floyd” if she wanted to understand.

Floyd would listen patiently and try to explain life in the projects. After school, he often met up Cofield’s students outside a corner store.

“How’s school going?” he’d ask. “Are you being respectful? How’s your mom?”

In 2014, Floyd began exploring the possibility of leaving.

After fathering five children, he had bills to pay. And more than once, Floyd ended up in handcuffs when police came through the projects, Cofield said.

“He would show by example: ‘Yes, officer. No, officer.’ Very respectful,” she said.

Floyd followed a friend who had moved to Minneapolis through a church program offering to help men change their environment and find jobs.

In Minnesota, Floyd got a security job at a Salvation Army shelter, then trained to drive trucks while working as a club bouncer, until the pandemic forced its closure.

On Memorial Day, convenience store workers accused Floyd of paying for cigarettes with a counterfeit bill, then called the police. Less than an hour later, Floyd breathed his last.

Those who knew him search for meaning in his death.

“I’ve come to the belief that he was chosen,” said Cofield, the teacher. “Only this could have happened to him because of who he was and the amount of love that he had for people, people had for him.”

It’s small comfort, she admits. But in Big Floyd’s neighborhood, people have made do with less.

Merchant and Lozano reported from Houston, Henao from Hershey, Pennsylvania, and Geller from New York. Associated Press writer Aaron Morrison in Minneapolis and videographer John Mone in Houston contributed to this report.