The coordinated outreach — dubbed “Out for Biden”— will target the estimated 11 million LGBTQ voters throughout the country, with a focus on racking up support in battleground states.

The Human Rights Campaign (HRC) estimates there are approximately 772,000 LGBTQ adults in Florida, 416,000 in Pennsylvania and 311,000 in Michigan who could deliver key votes. Other states where Biden’s team has said it expects him to be competitive include Arizona, with approximately 242,000 LGBTQ adults, Minnesota with 175,000 and North Carolina with 319,000, according to HRC.

About 50% of registered LGBTQ voters are Democrats, while 15% are Republicans, according to a study by UCLA School of Law’s Williams Institute last year. These voters are racially diverse and also tend to be younger. About one fifth of LGBTQ adults aren’t registered to vote.

HRC also points to tens of millions more LGBTQ-allied voters who may be sympathetic to the equality cause.

Because of the coronavirus pandemic, LGBTQ issue outreach is expected to continue to be virtual until it’s deemed safe to resume campaigning in person. Virtual discussions are expected to be held on issues of health, race and sports, related to the LGBTQ community. “Tool kits” will be distributed with voter registration information and best messages to others to become equality voters. Biden’s growing list of celebrity endorsers will amplify the importance of LGBTQ issues, too.

“It is critical that, in this moment, as we speak out against racial injustice, discrimination, and harassment, we don’t forget to do everything we can to empower people,” Baldwin said in a statement. “LGBTQ voters could be the margin of victory in Wisconsin, and in key states across the country.”

“From the black trans woman in Milwaukee, to the Dreamer in south Texas to the pro-equality suburban woman in Bucks County Pennsylvania, the LGBTQ equality movement is ready to unite like never before,” HRC President Alphonso David said in a statement. “Our rights have long been on the ballot, compelling us to register to vote and participate in politics rather than let others speak for us and make decisions without us.”

The “Out for Biden” initiative will be spearheaded by a current group of 32 LGBTQ politicians and allies, officials said. Alongside Baldwin, six other openly gay congressional members will advocate for Biden, with more expected to lead outreach in their own states. Transgender leaders, like Minneapolis City Council Vice President Andrea Jenkins, will also have a prominent voice. Jenkins is the first transgender black woman elected to public office in the country and has been a visible presence after the death of George Floyd in her city.

The importance of LGBTQ rights was a common refrain for Biden on the campaign trail even outside of equality-centered events. He regularly repeated a story about when he was younger, and he saw two men “in business suits” kissing on the way to work in Delaware. “It’s simple, they love each other,” Biden says his father told him at the time.

LGBTQ couples frequently thanked Biden on his campaign rope lines for his early support of same-sex marriage in 2012. His advocacy for same-sex marriage went further than President Barack Obama’s position at the time, and came before the Supreme Court’s 2013 decision to overturn the Defense of Marriage Act, which defined marriage as a union between one man and one woman, as unconstitutional. That law was signed by President Bill Clinton in 1996 and supported by many high-profile Democratic lawmakers, including Biden.

The Biden campaign has a number of LGBTQ people on staff. “I was in the car and there were several of us and I looked around with all the staff helping out and I realized that four of them were gay men,” Dr. Jill Biden quipped during a LGBTQ virtual happy hour about her Iowa campaign road trips, “I got a crash course in gay pop culture last summer, I must say.”

And while progress has been made for gay Americans, Biden has placed specific focus on potential policy changes to assist transgender Americans. He blames the Trump administration for erecting additional hurdles and using “the White House as a literal bully pulpit to undermine LGBTQ+ rights,” as he said in a statement marking Pride Month.

Biden has pledged to reverse the Trump administration’s ban on transgender military service members on his first day in office. “They can shoot as straight as anybody else can shoot,” Biden said in May. With executive orders and legislative actions, he also hopes to root out discrimination against transgender Americans in federally funded homeless shelters, ensure appropriate gender markers on government documents and force insurance companies to treat gender confirmation surgery as a “medical necessity, which it is.”

“Nothing about this will be easy,” Biden said when accepting the endorsement of the HRC. “I’m convinced the American people are with us. I’ve seen firsthand the incredible capacity to win some of these battles and soften impenetrable hearts.” 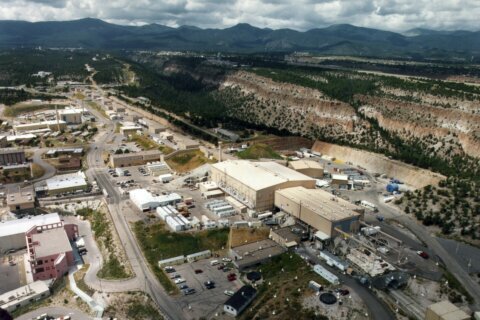