Weinstein lawyer: Prosecutors have a ‘tale,’ not a case

Harvey Weinstein is innocent, attorney Donna Rotunno said, appealing to jurors to ignore “outside forces” and use their “New York City common sense” in weighing a case seen as a watershed for the #MeToo movement.

NEW YORK (AP) — Harvey Weinstein’s lawyer told jurors Thursday that prosecutors in the rape case against him were acting like moviemakers, conjuring up a world “where women had no free will.”

“In the alternative universe that prosecutors have created for you, Harvey Weinstein is a monster,” lawyer Donna Rotunno said in her closing argument. But, she said, he’s an innocent man relying on jurors not to be swayed by a “sinister tale.”

Rotunno argued that prosecutors had to come up with a damning story about the once-powerful movie producer because they don’t have the evidence to prove the charges.

“The irony is that they are the producers and they are writing the script,” Rotunno said, urging the jury to not buy into “the story they spun where women had no free will.”

“In their universe, women are not responsible for the parties they attend, the men they flirt with, the choices they make to further their own careers, the hotel room invitations, the plane tickets they accept, the jobs they ask for help to obtain,” or the messages they send, Rotunno said.

Witnesses testified they were seeking a professional relationship with Weinstein, the producer of Oscar-winning movies such as “Pulp Fiction” and “The King’s Speech.” Rotunno dismissed that as an expedient excuse.

“If they label it what it was, we wouldn’t be here,” she told the jury of seven men and five women in a case seen as a watershed for the #MeToo movement against sexual misconduct.

“He was the target of a cause and a movement,” Rotunno said, asking jurors to ignore “outside forces” and weigh the facts.

“This is not a popularity contest,” she said.

Weinstein is charged with raping a woman in a Manhattan hotel room in 2013 and forcibly performing oral sex on a different woman, Mimi Haleyi, in 2006. Other accusers testified as part of a prosecution effort to show he used the same tactics to victimize many women over the years.

The Associated Press has a policy of not publishing the names of people who allege sexual assault without their consent. It is withholding name of the rape accuser because it isn’t clear if she wishes to be identified publicly.

Weinstein, 67, did not testify. He has maintained any sexual encounters were consensual.

He said he “loved” Rotunno’s closing remarks as he left court Thursday.

“I made ‘The King’s Speech.’ It was the Queen’s speech,” Weinstein quipped.

The jury is scheduled to hear prosecutors’ closing argument Friday. Deliberations are expected to begin next week.

In often emotional testimony, Weinstein’s accusers said he lured them to hotels in New York and Los Angeles on the pretense of promoting their careers and then sexually assaulted them. The defense countered by confronting some accusers with warm emails and other communications with Weinstein that continued for months or even years after the alleged attacks.

The rape accuser wrote to him after the alleged assault to accept party invitations, give him her new phone numbers and even express gratitude. One message read: “I feel so fabulous and beautiful, thank you for everything.”

Another read: “Miss you, big guy.”

“Not words you say to your rapist,” Rotunno told jurors Thursday. She portrayed the accuser as a manipulator who met Weinstein as an aspiring actress, “was going to do anything she needed to do to have the career she wanted to have” and wasn’t forced to have sexual encounters with him.

The woman testified last month that she kept in touch with Weinstein and sent him flattering messages because “his ego was so fragile” and it seemed safer to her “to be perceived as innocent and naive.”

Rotunno also used emails to question the credibility of Haleyi, who said Weinstein sexually assaulted her after getting her a job as a production assistant on TV’s “Project Runway.” His lawyer pointed to a message the next year in which Haleyi asked Weinstein how he was doing and signed off with “lots of love.”

“This is where you need to say, ‘Wait a minute — do I have doubt about the story she’s telling?’ How could you not?” Rotunno asked jurors.

Haleyi, during testimony last month, explained her interactions with Weinstein by saying she no longer feared him after “he basically had taken what he wanted” and “wasn’t pursuing me in that manner” any longer.

As for the other four women who testified that Weinstein sexually assaulted them, Rotunno said their accounts were irrelevant and unpersuasive. She suggested one of those accusers, actress Annabella Sciorra, concocted an allegation to get #MeToo attention and revive her career.

Sciorra, best known for her work in TV’s “The Sopranos,” testified that Weinstein forced his way into her apartment in the 1990s and raped her as she tried to fight him off. Fellow actress and friend Rosie Perez testified that a distraught Sciorra told her about the alleged attack soon after it happened.

Rotunno delivered her closing argument less than a week after she came under fire on social media for telling The New York Times’ podcast “The Daily” she’d never been attacked “because I would never put myself in that position.” 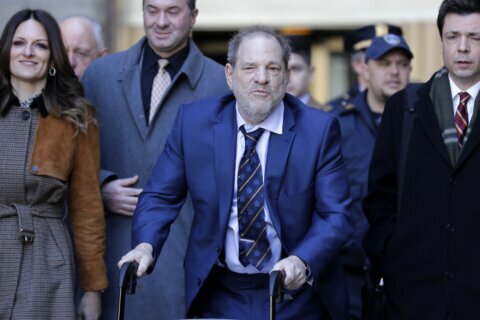 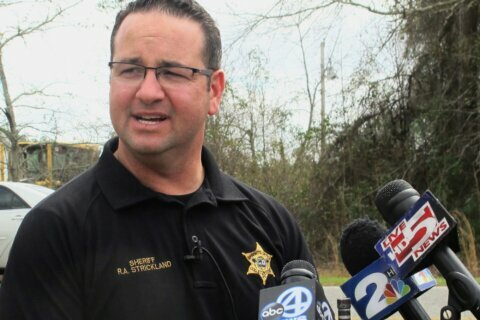