NEW YORK (AP) — What’s inside the frame and what’s outside of it are electrifyingly synonymous in French filmmaker Céline Sciamma’s “Portrait of a Lady on Fire.”

It’s a sumptuous period romance set in 18th-century France about women making art free, for a moment, of traditional male frameworks. And the same could be said for the film itself, one crafted by women striving for a new cinematic dynamics and new images.

“It’s kind of a testimony of its own ideas,” Sciamma said. “There are two frames, two canvases that embody it. It’s not just an idea. This is also how we worked. The movie gives back this emotion because it’s full of it.”

The emotions stirred up by “Portrait of a Lady on Fire” have been considerable since its debut at last May’s Cannes Film Festival. There, it won best screenplay and Sciamma became the first female director to win the Queer Palme, an award given to the best LGBTQ-themed film across the festival.

France selected another film (“Les Miserables”) for its Oscar submission, so U.S. distributor Neon held “Portrait” back for release Friday, on Valentine’s Day. But that didn’t stop “Portrait of a Lady on Fire” from becoming one of 2019’s most acclaimed films. When Bong Joon Ho (who has praised “Portrait of a Lady on Fire”) was celebrating his Oscar wins Sunday for “Parasite” (also a Neon release), Sciamma was partying alongside him.

Sciamma’s fourth movie has been hailed as a love story that excites as much emotionally as it does intellectually. It’s about the female gaze, made with a female gaze.

Héloïse, resistant to the arrangement, has refused to sit for a portrait with a previous male artist. Marianne must work stealthily, pretending to be Héloïse’s companion and stealing glances at Héloïse on coastal walks. A love develops that can never last, that will ultimately leave a trace only on Marianne’s canvas and in the hearts of its characters. Sciamma conceived of love in the film as “a sentimental education but also an artistic education.”

“The idea was to craft the film around a love story, a love being born — a slow burn — and being lived,” she says. “But also this other timeline of the legacy of love, and what’s left of love.”

Sciamma, who last directed the coming-of-age tale “Girlhood,” wanted the entire production to be “radical.” Just as the movie upends the traditional relationship between artist and muse, she wanted an equality of power all through the cast and crew. They shot nearly 80% of the film in one room, she estimates. “It’s like a laboratory,” she says.

Haenel, who starred in Sciamma’s debut “Water Lilies,” was particularly adamant about throwing off the usual trappings of the period movie. For one scene in which Héloïse wears a cape, Haenel imagined herself a “Star Wars” character.

“Nobody sees it, but you believe you are. This might make the movie sparkle,” says Haenel.

She continues: “I don’t really pay much attention to acting as in a period piece. I think it’s a dry way to think. You just reproduce whatever is the cliché from what a period piece is. There’s too many candles. Like there was no life in the past. Especially women used to be dead people in the past, just looking through the window, being nice objects. It’s a movie set in the 18th century but it comes from our year. It comes from imagination that leads everywhere.”

The 30-year-old Haenel, a two-time Cesar Award-winner whose films include “BPM” and “The Unknown Girl”, was previously in a relationship with Sciamma but their bond remains strong. “Céline and I are interested in the same thing,” says Haenel. “We are fighting for ideas and looking for beauty, but we are also playing all the time.”

“Portrait of a Lady on Fire” was also made in stark contrast to a largely male film industry. Last fall, Haenel said she was sexually harassed as a 12-year-old by the French director Christophe Ruggia in her debut film. Haenel filed a police complaint and Ruggia was charged in January with assault of a minor by a person in authority. Ruggia has denied any wrongdoing.

Sciamma has been a leading figure of change in French cinema. She was a founding member of the collective 50/50×2020, a French version of Time’s Up that in 2018 at Cannes organized one of the most striking protests on gender equality in the film industry. During the making of “Portrait of a Lady on Fire,” Sciamma was intent on fostering a creative environment, she says, without gender domination or social hierarchies. The nature of the project immediately struck Merlant.

“What was remarkable to me was this movie deals with women and is written by a woman. The space this movie offered to women to express their desire, their love, their artistic desire, and this horizontal gaze between them was so powerful,” Merlant says. “The point of the movie was, like, right there.”

Merlant’s role relied heavily on looks and glances. “It was almost like a dance, the rhythm of the eyes,” she says. For inspiration, Merlant and Sciamma talked about films like Ingmar Bergman’s “Persona” and Jane Campion’s “The Piano” — even “Titanic.” “She wanted this collaboration between the director, the crew, the actors to have this horizontal gaze,” says Merlant.

Talking about a film bursting with so many ideas has its downside, the trio grants. They like discussing them, but Sciamma says, “We also wanted to make this very new emotional ride and people have their heart broken. It’s hard to convey both.”

The movie began not with a concept, but an image. Sciamma saw the last shot in the film before she knew what led up to it. To explain it would spoil the film’s devastating finale. But it’s a kind of portrait, itself, one that frames the love story in a moment years later. Sciamma calls it the most difficult shot of her life, but not because of its technicality.

“The whole movie was built around this. It was a moment I had been dreaming about,” recalls Sciamma. “I was in another dimension. My heart beat so fast for so long. I don’t know if I will now die very young because it was so exhausting or if I will die very old because this muscle (she points to her heart) has been trained.” 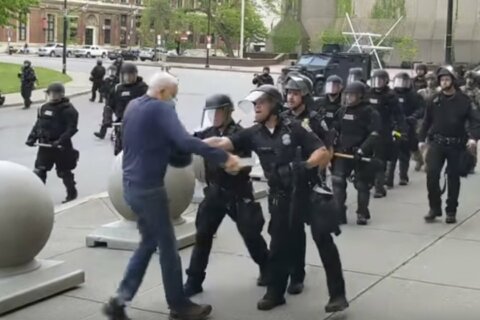 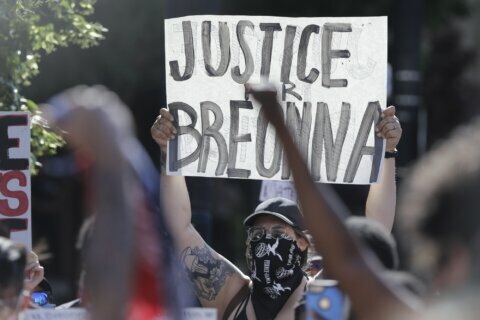