RENO, Nev. (AP) — California billionaire Tom Steyer said Wednesday he’s poised to “shock the world” next week with a good showing in the Nevada caucuses, which he says is necessary for him to eventually win a “wide open” race for the Democratic presidential nomination.

Steyer insisted his campaign is “doing fine” despite failing to gain traction in Iowa or New Hampshire. But he acknowledged while kicking off a three-day Nevada bus tour Tuesday that he has to do “very well” at the Feb. 22 caucus in his neighboring state, then carry that momentum into South Carolina’s primary a week later.

He told about 150 people in Reno on Wednesday he’s optimistic about his chances because polls in both states show him gaining on the front-runners, and the electorate in the next two contests is vastly more diverse than the mostly white voters in the previous two.

He said the race currently is “absolutely wide open.”

“We’re now coming into the states where I’m in second or third place and moving up,” he said, noting that a win in Nevada and then in South Carolina would mean “we have a completely different race.”

Dennis Silver, 73, a retired mail carrier from Sparks who worked phone banks for Sanders in 2016, said he was undecided on a candidate until he heard Steyer speak Tuesday night and now plans to volunteer for his campaign this weekend.

“All the other Democrats, they’ve just been fighting among themselves and that’s the worst thing we can do,” Silver said.

Steyer, who has spent millions of dollars on television ads and mailers in Nevada, said he’s been in the state more than any other candidate. Before a speech to about 200 people at the National Automobile Museum in Reno Tuesday night, he said Nevada is a “super important state” for his campaign and “I have to do really well.”

He said a political action committee tied to his NextGen advocacy group has been organizing in Nevada for seven years and helped knock on 500,000 doors during the 2018 election to get out the Democratic vote. The party won the governor’s office and majorities in both houses of the Legislature.

Steyer opened his bus tour Tuesday in rural Gardnerville, where he said he made 50 cents an hour as a ranch hand 43 years ago. He was headed to Carson City Wednesday night then on to Las Vegas for two Thursday appearances, traveling in his blue-and-orange tour bus with “TOM 2020”on the side and painted messages that said “Of, by and for the people” and “Climate is my #1 priority.”

“People think of me as a rich person, but I don’t think of myself that way at all,” he said. “I started my own business. I never inherited a single dime from my parents.”

Nevada voters appear most concerned about who can beat President Donald Trump on the economy, he said, adding Wednesday that he believes “this election is going to be won or lost on the economy.”

“This is a guy who failed in casinos. That’s not easy to do and he did it over and over,” he said.

“Voters are soundly rejecting the California billionaire because he would decimate the roaring success seen under the leadership of President Trump,” he said.

Steyer said he’s the best candidate to confront Trump’s lies and half-truths about the economy.

Trump “says the economy is growing. It is growing, slowly. But all the money is going to rich people and he’s making sure that happens,” Steyer said. “He talks about the stock market going up. It is — but it’s largely because these corporations no longer pay any sort of reasonable taxes.”

This story has been corrected to show the 2018 election is when a NextGen political action committee knocked doors and Democrats took the governor’s office and won in the Legislature, not 2016. 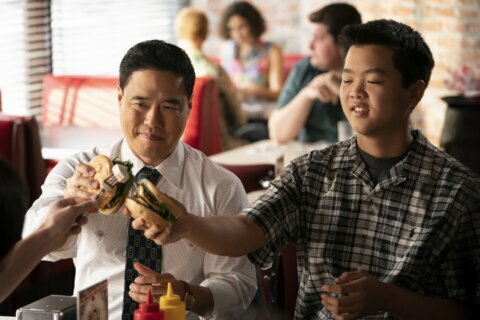 ‘Fresh Off the Boat’ leaving indelible mark on TV landscape 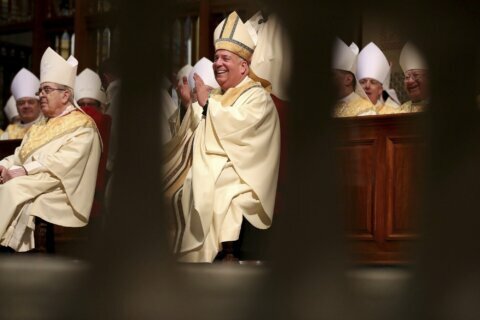