KANSAS CITY, Mo. (AP) — The mother of a Missouri county jail inmate who died after another inmate attacked him…

KANSAS CITY, Mo. (AP) — The mother of a Missouri county jail inmate who died after another inmate attacked him for nearly 20 minutes in view of surveillance cameras settled a lawsuit for $5 million.

Audrain County denied any negligence or fault in the agreement that was approved last month with the mother of Michael Dale Eisenhauer. He died in June while jailed on charges of domestic assault, armed criminal action and unlawful use of a weapon.

The mother’s attorney, Jill Harper, said Friday that the attack lasted for 17 1/2 minutes, and she described it as “gruesome and horrific.”

“They had it on a video monitor, and at one point there were five guards in the video monitor room and no one looked up to notice it,” Harper said. “They also could have seen it with their naked eye if they looked behind them.”

Inmate Ryan Wade Blair was charged with first-degree murder in the killing. The charge later was suspended while Blair undergoes a mental evaluation. Blair was jailed at the time on charges that included assault.

Attorney Keith Henson, who represented the county in the lawsuit, said he couldn’t comment on the settlement or whether anyone had been disciplined.

Jacob Shellabarger, the county prosecutor, said no one other than Blair was charged as a result of the attack. He said he couldn’t comment further because the homicide case remains open.

“It was ironic because she called the police for his protection, and because of them, he died,” Harper said, adding that the family had no money to post bond. 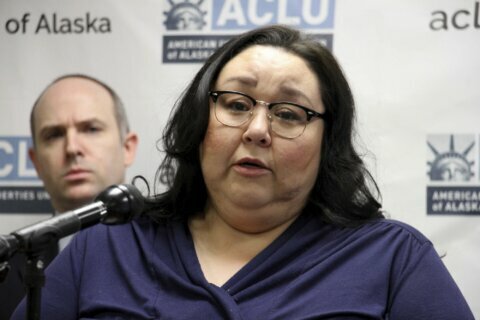 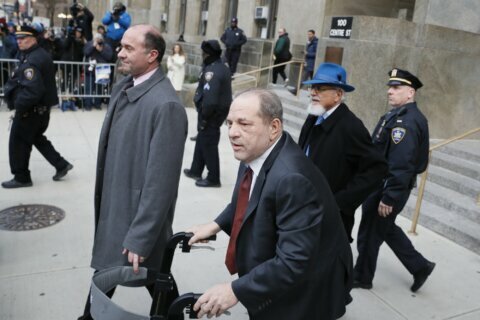