MEXICO CITY (AP) — Fresh from winning three Grammys, singer Lizzo visited Mexico City for a private concert, surprising her fans with acoustic versions of her hits and a toast with tequila.

The star from Detroit, who won best pop solo performance (“Truth Hurts”), best traditional R&B performance (“Jerome”), and best urban contemporary album for “Cuz I Love You,” at the January awards show sat for an interview with The Associated Press. Lizzo spoke about diversity in the music industry, self-confidence and femininity and the disputes over the authorship of “Truth Hurts.”

AP: Congratulations on your Grammys. There was a controversy about the lack of diversity at the awards this year. What would be an ideal version of the Grammys for you?

LIZZO: There’s always a lack of diversity, that’s the issue in general. I don’t think it’s like “the 2020 Grammys lack diversity,” it’s like the industry lacks diversity. So, the world I would like to see, of course, has an even playfield: I think there are more women, more black people, more brown people, more people from other countries where you just don’t put them in a foreign category, you put them in THE category. Someone like BTS. But I think that comes with just participation and using my privilege now as someone in the industry with a platform to just bring other people up.

AP: From the Grammys you received, any that you were not expecting?

LIZZO: I did not expect to win the first award of the night (best pop solo performance.) I thought Beyoncé was going to win, I really did. I was even going, ‘Beyoncé, Beyoncé.’ But I’m so grateful and it was a very special, powerful moment. Here’s to more moments like that in the future.

AP: I grew up watching pop stars that were blonde, super skinny, that looked perfect in every way. Then you come up and I’m grateful for that.

LIZZO: I’m perfect, sis! Take that back! I think that even the blonde, thin pop stars, they have imperfections, but unfortunately the media portrays them as perfect, and I think that even those women struggle with having to live up to a body type or stereotype and probably suffer from a lot of depression. I am brown, I am black, I am curvy, and I am perfect and beautiful. And I think that we, as well as other people like Billie Eilish — I am completely different from her, but she is also rebelling against the archetype of the pop star. So, I’m glad you’re grateful for me, but you also need to understand that I am just as perfect as they are. So are you.

AP: Were you always this confident, or did you have to find the confidence within yourself?

LIZZO: You really have to find it within yourself, but you have to go through life to get there. It sounds so cliché, but life is your greatest teacher and you learn the best lessons from life. I learned a lot in the last 10 years about myself, about who I am. I also learned to love that person.

AP: Your song “Lingerie” portrays a woman is a very sensual way. Do you think women should embrace and own their femininity?

LIZZO: I think women should embrace whatever it is about themselves. I think femininity is also something that can be in flux. I think a woman can also embrace her masculinity. I think a woman can embrace her androgyny, her abilities to be everything. I personally am a hyper-feminine woman. I embrace my masculine side, but I am hyper-feminine. I have a lingerie closet in my bedroom, and I wanted to celebrate that about myself. I think that it ain’t for everybody, but I do think that we should be celebrating ourselves more.

AP: There was a dispute about the authorship of your song “Truth Hurts.” Has this been sorted out or is this still going on?

LIZZO: What it’s done, is done. I was so happy to give up a piece of my songwriting credit to a woman in London who tweeted ‘I took a DNA test, I’m 100% that bitch,’ like she tweeted it the same year that I wrote the song, and I was happy to share that with her. Even though I’ve never seen that tweet, I knew that she inspired one of the biggest songs of 2019. She didn’t write the song at all and the other people who claimed to write the song didn’t write it either, but that’s what happens when you become author of a number one hit song, everyone wants to state claim on it, but the only person who I was happy to give a piece of that success too was a black woman in London who tweeted one of the most clever things I ever heard.

AP: It’s so hard to claim that something is original nowadays.

LIZZO: Oh my God, tell me about it! And for me, my ego got in the way because I’ve seen a lot of songs that came from the internet or that came from a tweet or came from a meme, but that person who created it never got credit and the songwriter only gets credit. At the end of the day, there’s nothing new under the sun, but it definitively taught me how to be more careful in the future.

AP: You play classical flute. Do you see yourself doing something in the future with Björk, who also likes flute?

LIZZO: I’m such a Björk fan! I would love to play flute with Björk. I think that Björk is like a Missy Elliott where it’s a privilege to work with her. And she doesn’t have to work with everybody or anybody, so I am waiting for that Björk phone call.

AP: Being here in Mexico, is there something that inspires you about the Latin American culture?

LIZZO: Culture inspires me, period. And I love Mexico. It’s my second time here, and I always want to come. Now I’ll come back for my birthday, ‘cause I have been here for work now. I want to come here for play so I can really explore the culture. 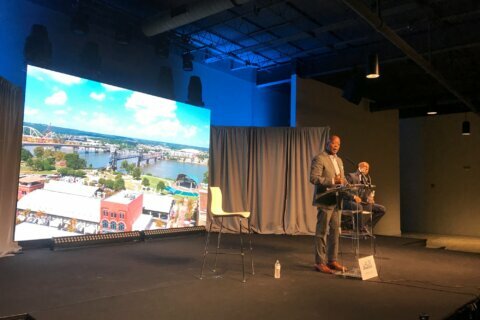 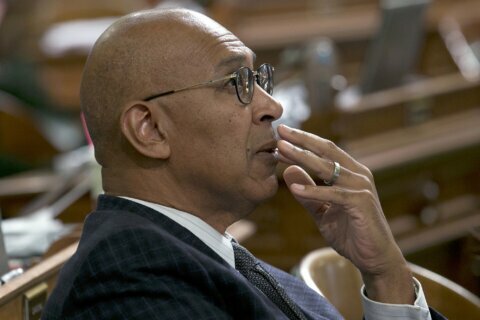