ST. PAUL, Minn. (AP) — Gov. Tim Walz and LGBTQ activists rallied at the state Capitol on Friday to demand that the Republican-controlled Minnesota Senate pass a ban on “conversion therapy” for minors, a discredited practice that seeks to turn gay people straight.

The proposal passed the Democratic-controlled House last year but an effort to amend it onto a larger bill on the Senate floor by Sen. Scott Dibble failed late in the session. The Minneapolis Democrat, who is openly gay, said he plans to reintroduce it this year, though he acknowledged in an interview that enacting it will be an uphill fight.

But he has an ally in the Democratic governor. Walz pointed out to a crowd of about 100 people in the Capitol rotunda that 19 other states have enacted conversion therapy bans, most recently conservative Utah last month, while a Republican-controlled legislative committee in Oklahoma approved a ban Wednesday.

“The idea that this absolutely discredited, Byzantine, torturous way of telling our children they are not who they are has got to end and will end,” Walz said.

“I was brainwashed to believe that being LGBTQ was wrong. My rainbow at that time was drained of its color. I smiled but inside I was dying,” Sanchez said. “However, in college I connected with LGBTQ-affirming students. I realized I wasn’t alone in my struggle. They are the ones who helped me accept myself.”

The American Psychological Association says conversion therapy is not based in science and is harmful to mental health.

Sue Abderholden, executive director of the Minnesota chapter of the National Alliance on Mental Illness, said she attended the rally “because being LGBTQ is not a mental illness, and you can’t provide therapy to something that isn’t an illness.”

Republican Senate Majority Leader Paul Gazelka, a conservative Christian from Nisswa, did not immediately respond to messages via his spokeswoman seeking comment on whether the Senate might consider the bill this year.

The Senate voted down a ban on a party-line vote last May, with Republicans arguing that it was matter of religious freedom. After that, the Star Tribune revealed that Gazelka’s adult daughter, Genna Gazelka, came out as a lesbian as a teen and now identifies as bi-gender. Genna Gazelka was upset with the vote and told the newspaper that conversion therapy is tantamount to torture.

Dibble said in an interview that he plans to ask the Senate leadership to allow hearings on his bill. He said “a number” of his Republican colleagues in the Senate want to vote yes. He named Sens. Scott Jensen, of Chaska, and Eric Pratt, of Prior Lake, as Republicans he’s working with who could vote for it if they had the chance. Republicans hold just a narrow three-vote majority in the Senate, but Dibble said getting the bill to the floor for a vote would require some creative thinking.

“We’re working together on finding a path to get to yes,” he said. 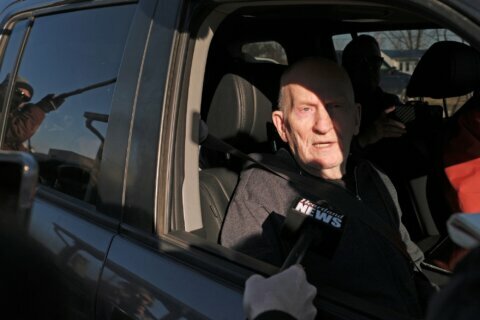