TOPEKA, Kan. (AP) — A top Republican lawmaker in Kansas on Friday disputed the claims of GOP colleagues that a…

TOPEKA, Kan. (AP) — A top Republican lawmaker in Kansas on Friday disputed the claims of GOP colleagues that a bipartisan plan to expand the state’s Medicaid program would lead to taxpayers funding elective abortions.

Senate Majority Leader Jim Denning, a Kansas City-area Republican, sent an email to senators decrying what he called “inaccurate verbal and written statements” used to justify opposition among anti-abortion lawmakers and groups to the expansion plan he drafted with Democratic Gov. Laura Kelly.

Abortion opponents want to pass an amendment to the Kansas Constitution declaring that its Bill of Rights does not “secure” the right to an abortion, overturning a state Supreme Court decision last year. The measure passed the Senate but failed in the House, and its backers, led by Senate President Susan Wagle, a Wichita Republican, are promising to block any debate on Medicaid expansion until the proposed amendment is put on the ballot for voters’ possible approval.

Anti-abortion lawmakers and groups argued this week that a Kansas law banning state funding of abortions is likely to fall to a legal challenge unless the anti-abortion amendment is enacted. They also contend that expanding Medicaid will likely lead to an increase in the number of women who could obtain taxpayer-funded abortions.

But Denning, who supports the proposed amendment on abortion, wrote in his email, “there is NO link.” He said under a section of the Medicaid expansion bill that pregnant women specifically would not be covered by the expanded part of the program but by the state’s traditional Medicaid health coverage for the needy.

“The Legislators and organizations who think that state funds could be used for the funding of abortions would need to repeal traditional Medicaid coverage in Kansas,” Denning wrote. “Repealing traditional Medicaid, however, would also repeal coverage for the most vulnerable.”

Blocking Medicaid expansion is designed to pressure four moderate Republicans in the House and another half dozen House Democrats in relatively conservative districts who voted against the proposed amendment. Supporters of the amendment fell four votes short of the two-thirds majority of 84 in the 125-member House to get the measure on the ballot in the state’s August primary election.

Since the House vote last week, committees in both chambers have had hearings allowing abortion opponents to expand on their arguments that without the constitutional amendment, the state faces taxpayer-funded abortions, particularly if Medicaid covers up to an additional 150,000 people as proposed.

The Kansas Supreme Court ruling declared access to abortion a “fundamental right” under the state’s Bill of Rights. Federal law prohibits using federal funds to pay for abortions except in cases of rape, incest or when a woman’s life is in danger, but states can use their tax dollars to help fund them for poor women as California and Illinois do.

“Government funding of abortions is one of the things most at risk by this decision,” Brittany Jones, director of advocacy for the anti-abortion Family Policy Alliance of Kansas, told the Senate health committee Tuesday.

Some abortion opponents who oppose Medicaid expansion argue it would encourage women to leave private health insurance plans for state coverage. The non-partisan Kansas Health Institute projected last year that more than 32,000 adults would do just that.

“If we don’t pass the amendment, then we will have Medicaid-funded abortions,” said state Rep. Susan Humphries, another Wichita Republican who backs the anti-abortion measure. “We think that number will increase if we do Medicaid expansion.”

“They’re not tied together,” Hensley said.

Expansion supporters also point to the support of the Roman Catholic bishops of Missouri for Medicaid expansion in that state. In a letter to priests and deacons last month, St. Louis Archbishop Robert Carlson acknowledged concerns about expansion leading to taxpayer-funded abortions but said, “we cannot operate out of fear and speculation of the unknown.” 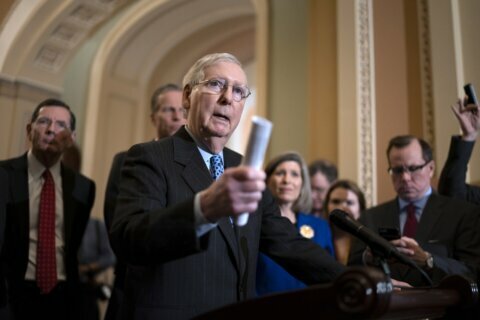 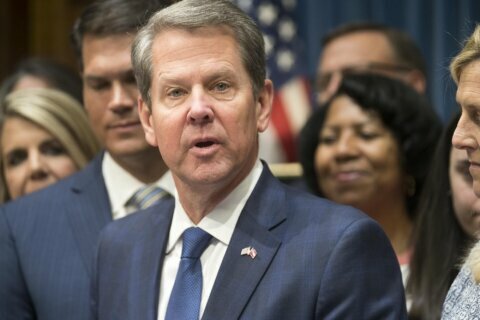 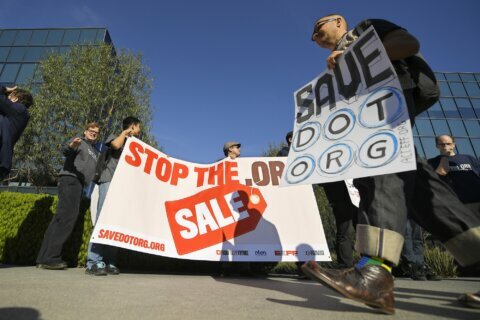