Barr swipes at Trump: Tweets make it ‘impossible’ to do job

WASHINGTON (AP) — Attorney General William Barr publicly swiped at President Donald Trump on Thursday, declaring the president’s tweets about Justice Department prosecutors and open cases “make it impossible for me to do my job.”

Barr made the comment during an interview with ABC News just days after his Justice Department overruled its own prosecutors — who had recommended in a court filing that Trump’s longtime ally and confidant Roger Stone be sentenced to 7 to 9 years in prison — and took the extraordinary step of lowering the amount of prison time it would seek. The department didn’t offer an amended number.

Barr himself has been under fire for the reversal. Still, it was a highly unusual move for a member of the Cabinet to criticize the president — especially a Trump loyalist who shares the president’s views on expansive executive powers. Thursday’s comment served as a defense of his own integrity — an effort to salvage his own reputation and that of the Department of Justice by publicly rebuking the president he’s propped up from Day One of his tenure.

The remarks, made so quickly after the decision to back away from the sentencing, suggested Barr was aware the reversal had chipped away at the department’s historic reputation for independence from political sway. But he stopped short of acknowledging wrongdoing by anyone.

White House press secretary Stephanie Grisham said Trump “wasn’t bothered by the comments at all and he has the right, just like any American citizen, to publicly offer his opinions.” She added, “The President has full faith and confidence in Attorney General Barr to do his job and uphold the law.”

But Trump has a low tolerance for criticism, especially public criticism, from his allies and often fires back in kind. And the tempered White House response raised questions of whether Barr’s comments were coordinated with the White House.

Barr joined a roster of high level aides who have publicly criticized Trump, thought the rest left the job first. Former National Security Adviser John Bolton is to publish a book next month detailing his time in the White House including criticism of Trump actions such as his decision to withhold military assistance while seeking a political favor from Ukraine. Former Chief of Staff John Kelly, who has largely kept a low profile since leaving the White House, has grown more open about his unflattering assessments of the president.

Earlier this week, Trump applauded Barr on Twitter for the decision to reverse the sentencing recommendation, writing: “Congratulations to Attorney General Bill Barr for taking charge of a case that was totally out of control and perhaps should not have even been brought.”

The department insisted the decision to undo the sentencing recommendation was made Monday night — before Trump blasted the recommendation on Twitter as “very horrible and unfair”— and prosecutors had not spoken to the White House about it. The about-face prompted the four attorneys who prosecuted Stone to quit the case. One left the Justice Department altogether.

“I’m happy to say that, in fact, the president has never asked me to do anything in a criminal case,” Barr said in the ABC interview. “However, to have public statements and tweets made about the department, about our people … about cases pending in the department, and about judges before whom we have cases, make it impossible for me to do my job and to assure the courts and the prosecutors in the department that we’re doing our work with integrity.”

“It’s just a different method of communicating with the American people and the president has every right to weigh in,” O’Brien said. “He’s got First Amendment rights, even though he’s president. And he’s got a right to weigh in with his opinions on the big issues of the day and I think he’s going to continue to do that.”

Stone was convicted in November of tampering with a witness and obstructing the House investigation into whether the Trump campaign coordinated with Russia to tip the 2016 election. He’s scheduled to be sentenced next week.

Barr said he was “of course” prepared to deal with any ramifications from the president for his comments. Administration officials said senior White House aides were not informed of the contents of Barr’s interview before it aired.

“As I said during my confirmation, I came in to serve as attorney general. I am responsible for everything that happens in the department, but the thing I have most responsibility for are the issues that are brought to me for decision,” Barr said in the interview.

It is extremely rare for Justice Department leaders to reverse the decision of prosecutors on a sentencing recommendation, particularly after that recommendation has been submitted to the court. The actual sentencing is up to the judge.

Meanwhile, the Chief Judge of the D.C. District Court, Beryl A. Howell, also did something unusual: She issued a statement Thursday on the firestorm around the sentencing.

“The Judges of this court base their sentencing decisions on careful consideration of the actual record in the case before them; the applicable sentencing guidelines and statutory factors; the submissions of the parties, the probation office and victims; and their own judgment and experience,” she wrote. “Public criticism or pressure is not a factor.”

“What they did to Roger Stone was a disgrace,” Trump said Thursday during an interview with Geraldo Rivera on Cleveland’s Newsradio WTAM.

“Now what am I going to do, sit back and let a man go to jail maybe for nine years when murderers aren’t going to jail? You have some of the most serious horrible rapists and everything else. They don’t go to jail for nine years,” Trump said.

Senate Judiciary Committee Chairman Lindsay Graham said in a statement that Barr “has my complete confidence” and “is the right man at the right time to reform the department and stand up for the Rule of Law.”

Earlier this week, Graham said, and Barr later confirmed, that Justice was accepting information that Trump’s personal lawyer Rudy Giuliani is gathering in Ukraine about Democratic presidential contender Joe Biden and his son.

Barr has been a steady ally of the president’s since he returned to the top post at the Justice Department last year. He cleared the president of obstruction of justice even when special counsel Robert Mueller had pointedly declined to do so. He declared that the FBI’s Russia investigation, which resulted in charges against Stone, had been based on a “bogus narrative.”

Barr also appointed U.S. Attorney John Durham to lead a criminal inquiry into the origins of the Russia investigation, including examining what led the U.S. to open a counterintelligence probe into the Trump campaign and the roles that various countries played. 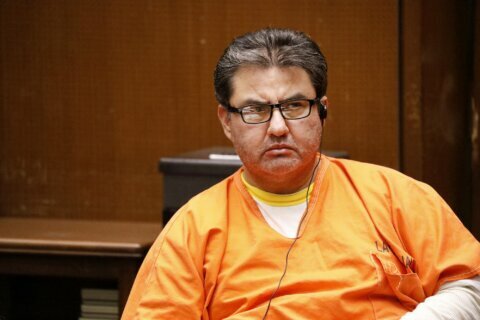 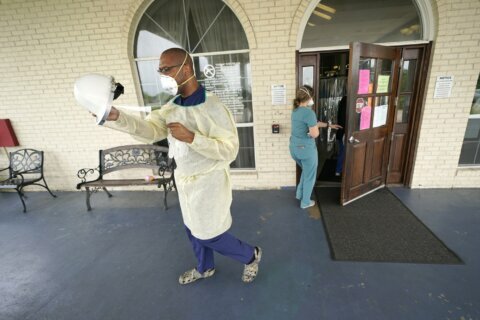