CORONAVIRUS NEWS: Latest COVID-19 numbers in DC, MD, VA | Staff not required to be tested before Mount Rushmore event | How to travel during the pandemic
Home » National News » As Bernie Sanders surges,…

As Bernie Sanders surges, Texas liberals take their own shot

SAN ANTONIO (AP) — Bernie Sanders and Elizabeth Warren endorsed her, Texas’ largest labor union is on her side and she surpassed $1 million in donors. Jessica Cisneros, who at 26 would become the youngest member of Congress, is the best shot liberal activists could’ve taken for a win in the 2020 election.

But it’s not clear that on Super Tuesday, it’ll be what Democratic voters in Texas want.

As Sanders rides high nationally, surging in polls and putting critics on edge about Democrats nominating an avowed democratic socialist to take on President Donald Trump, his success is emboldening a crop of insurgent challengers on the left in Texas. They are backed by more money and bigger names than ever before, and as their rivals taunt them on TV and debate stages ahead of the March 3 primary, it’s proof that some are not being taken lightly.

It has been the playbook for Democrats that ending the GOP’s long hold on Texas would take broadly appealing candidates who could bring in more voters from the center of the ideological spectrum. But about a half-dozen liberals running from the left in Democratic primaries, in races ranging from big-city prosecutors to U.S. Senate, are also testing Sanders’ calculus that they can energize and turn out more Democrats than the moderates who have failed at the top of the ticket for a generation.

That gambit is attracting heavy doses of skepticism, and invariably, outright dismissal. In Texas, Sanders lost to Hillary Clinton by a 2-to-1 margin in 2016 and voter turnout ranks among the lowest in the U.S., undercutting predictions that a wave of young and minority voters will carry progressive candidates to victory.

But with early voting already underway in Texas, Sanders’ ascendancy in the polls has armed them with a rebuttal.

“Conventional wisdom would say that the most progressive Democratic presidential nominee wouldn’t be leading in the polls in this state,” U.S. Senate candidate Cristina Tzintzún Ramirez said at a debate last week, referring to Sanders. She is a former labor organizer who has raised more than $1 million, supports a fracking ban in a state where the energy sector is king and is endorsed by Democratic Rep. Joaquin Castro.

One of her moderate rivals, state Sen. Royce West, scoffed. “We have to make certain that we have a dose of reality. No Democrat can win by being far left. It’s not going to happen,” he said.

By the end of Super Tuesday, more than one third of all Democratic convention delegates will be awarded. Texas has 261 delegates and is the biggest prize on March 3 behind California, where Sanders’ popularity alone could give him enough delegates to hold off centrist rivals before the party’s national convention in July. If Sanders beats expectations in Texas, he’ll emerge even more formidable.

But his allies in other Texas races have their work cut out, even in places where they’re putting their most energy. On the Texas border, Cisneros is mounting one of the nation’s closest-watched primary challenges against conservative Democratic U.S. Rep. Henry Cuellar — who has held an “A” rating from the National Rifle Association, is a target of abortion-rights groups and was one of the last members of Texas delegation to publicly say he would vote to impeach Trump.

Once an intern in Cuellar’s office, Cisneros is backed by Justice Democrats, which helped elected Rep. Alexandra Ocasio-Cortez, the progressive firebrand from New York. When she tells Democrats what Cuellar stands for, “they’re like, ‘You’re running against a terrible Republican.’ I tell them no, that’s my Democratic congressman,” Cisneros said before a living room of supporters in San Antonio, just days before early voting began.

The liberal challenges are giving more attention to a range of progressive proposals, from more expansive health care coverage and education benefits to less punitive criminal sentences, than is customary in Texas.

In Cuellar’s contest, House Speaker Nancy Pelosi has thrown her support behind the eight-term incumbent and visited his campaign headquarters in Laredo over the weekend. Cuellar, who did not even have a primary challenger in 2018, is now launching attack ads casting Cisneros as an outsider over her work as an immigration attorney in New York and telling voters that he is the only candidate that “speaks for us.”

Sanders two years ago performed even worse in the district than statewide, trailing Clinton 3-to-1.

It’s an unusual race of two Democrats on totally opposite ideological ends of the party, which has moved further left on policies even among candidates who take a more moderate tone.

“There was this idea for a long time that Democrats had to be conservative in Texas. And the thing is, we’ve tried that for a very long time, and it didn’t get us very far,” said Ed Espinoza, a former Democratic National Committee official who now runs the group Progress Texas.

In Austin’s affluent and purple suburbs, Alex Dormant, 66, liked what he heard as centrist Senate candidate MJ Hegar, who is backed by the Democratic Senatorial Campaign Committee, talked about winning over voters on both sides — she nearly won a House seat in 2018, and frequently mentions that her supporters two years ago also planted yard signs supporting Republican Sen. Ted Cruz.

Sanders doesn’t given him the same confidence.

“I think he’ll turn off a lot of Texans who think he’s too extreme, he said, adding, “Texas is winnable, in my opinion.” 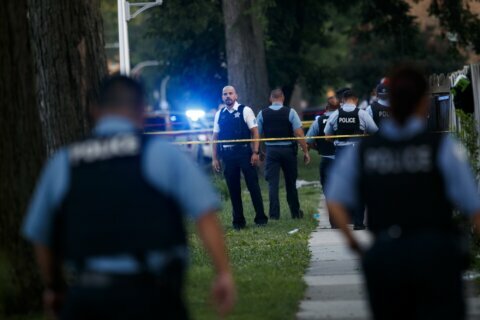 7-year-old among 13 killed in weekend shootings in Chicago 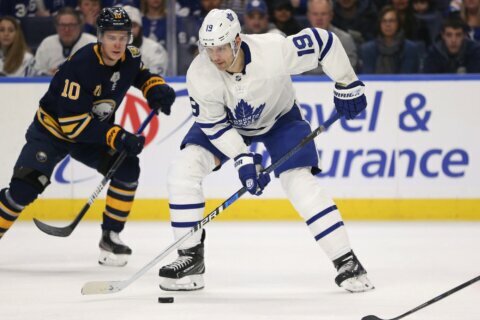