A U.N. official says the continued incarceration of former intelligence analyst Chelsea Manning for her refusal to testify to a grand jury amounts to torture.

ALEXANDRIA, Va. (AP) — A United Nations official says the continued incarceration of former intelligence analyst Chelsea Manning for her refusal to testify to a grand jury amounts to torture.

Nils Melzer, the U.N.’s special rapporteur on torture, released the letter to U.S. officials in support of Manning on Thursday.

Manning was subpoenaed last year to testify to a grand jury investigating WikiLeaks, but she says she opposes the grand jury system on general principle and won’t testify.

A judge ordered that Manning be jailed for up to 18 months unless she changes her mind and agrees to testify. He also imposed fines of up to $1,000 per day.

Melzer stated in his letter that coercive jail sentences like those imposed on Manning amount to torture under international law and called for Manning’s release.

Prosecutors and the judge have said that Manning faces the same obligations as all citizens to comply with lawful subpoenas and that she can end her jail term at any time by agreeing to testify.

Manning served seven years in a military prison for leaking a trove of documents to WikiLeaks before then-President Barack Obama commuted the remainder of her 35-year sentence in 2017.

The grand jury in Alexandria has also indicted WikiLeaks founder Julian Assange and is seeking his extradition from Great Britain to prosecute him. The indictment accuses Assange of conspiring with Manning to facilitate the leak. 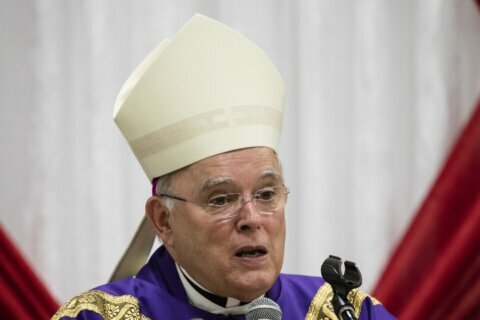