The Federal Aviation Administration halted all flights in and out of Chicago's O'Hare Airport for hours Friday night due to a sprawling winter storm, which forced the closure of schools
Listen now to WTOP News WTOP.com | Alexa | Google Home | WTOP App | 103.5 FM
(1/6) 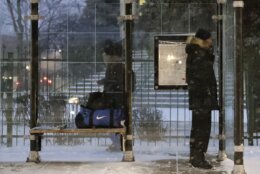 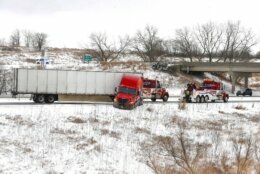 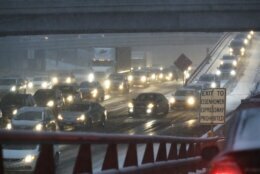 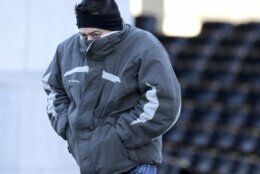 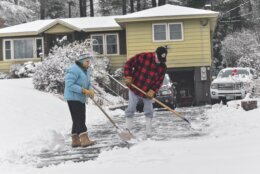 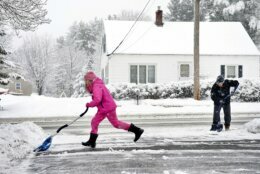 CHICAGO (AP) — The Federal Aviation Administration halted all flights in and out of Chicago’s O’Hare Airport for hours Friday night due to a sprawling winter storm, which forced the closure of schools, universities and government offices as it moved across large sections of the Midwest.

The FAA lifted the stop at 9:45 p.m., but by then hundreds of flights already were canceled Friday at at one of the nation’s busiest airports.

Earlier Friday, a plane slid off an icy taxiway at Kansas City International Airport. The Delta Air Lines flight was taxiing to be de-iced before flying to Detroit when the nosegear slipped off the taxiway, said Delta spokeswoman Martha Witt. There were no reports of injuries aboard the Airbus A319, which was carrying 123 passengers and a crew of six. Witt said the airline was trying to put passengers from Delta flight 1114 on other planes.

The airport was closed and numerous flights were canceled in the morning but flights resumed about noon. Most Friday flights from Nashville, Tennessee, were canceled, likely disrupting travel plans for fans of the Tennessee Titans flying into Kansas City for Sunday’s AFC championship game with the Chiefs, KCTV reported.

At 9 p.m., the Chicago Department of Aviation was reporting nearly 690 flights had been canceled at O’Hare, with 169 flights cancelled at Midway, the city’s other international airport. A winter weather advisory was issued for the Chicago area through early Saturday, with 2 to 5 inches of snow expected.

“If there is travel you don’t need to make, consider postponing it,’’ said meteorologist Ricky Castro.

The slippery conditions come after the National Weather Service issued winter weather advisories, saying the storm will create hazardous travel conditions from the Plains into the Northeast through the weekend. Snow is forecast over much of the Great Lakes, with a blizzard warning for parts of the Upper Midwest.

In South Dakota and Minnesota, dozens of schools canceled classes Friday ahead of snowfall expected during the day.

In Kansas Gov. Laura Kelly closed state offices in the Topeka area, urging people in a news release to “stay safe and warm, exercise caution and allow road crews to do their job.”

A storm that hit during the morning commute Friday coated the roads of Salt Lake City with up to 5 inches (13 centimeters) of snow. Advance warning allowed a delayed start for state government and some schools, which kept the number of crashes to a relatively low 75, police said. 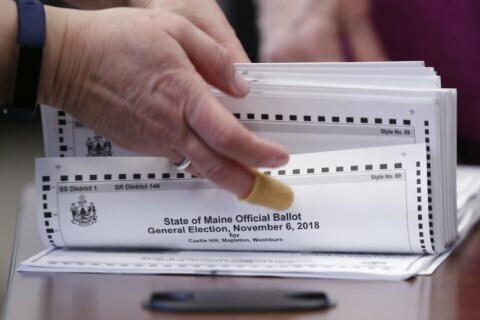