Some 85,000 artifacts that tell the story of the Chinese migration to the United States may have been lost in a fire that struck a building in the heart of Manhattan's Chinatown.

NEW YORK (AP) — Some 85,000 artifacts that tell the story of the Chinese migration to the United States may have been lost in a fire that struck a building in the heart of Manhattan’s Chinatown, a museum official said Friday.

The president of the Museum of Chinese in America told The New York Times that most of the thousands of historic and artistic items in its collection were probably lost in the fire that started Thursday night and tore through a building where the museum’s acquisitions were stored.

“One hundred percent of the museum’s collection, other than what is on view,” said Nancy Yao Maasbach, the president of the museum. She said that the collection was one of a kind and that she was “just distraught” after receiving the news.

The fire started in a former school that more recently housed a senior center, the Chen Dance Center and a number of community groups. The museum is nearby and stored its collection in the structure that was hit by fire.

A Fire Department spokesman said the fire was still not under control Friday night, 24 hours after it was first reported.

Videos and photos posted to social media Thursday night showed flames bursting out of windows and flowing heavily from the roof of the building, which Mayor Bill de Blasio said on Twitter was “a pillar to the Chinatown community.”

Fire Commissioner Daniel Nigro said firefighters were forced to battle the blaze from the outside.

“The interior became untenable and the units had to be withdrawn,” he said. “It was too dangerous in the building.”

Maasbach said she was told by emergency responders that no one will be able to enter the building to retrieve items for at least three weeks. She said the museum’s artifacts, which include textiles, restaurant menus and tickets for ship’s passage, have likely been soaked by water and will be irreparably damaged by then.

About 35,000 items in the collection had been digitized and those files were backed up, she said.

Nine firefighters and a 59-year-old man were injured in the blaze. The man was rescued from the fifth floor of the building and was reported to be in serious but stable condition. The firefighters sustained minor injuries. The cause of the fire is under investigation.

The fire comes ahead of the Lunar New Year, which is Saturday.

“I know the neighborhood is in shock,” de Blasio tweeted. ”We’re going to help the community get through this.” 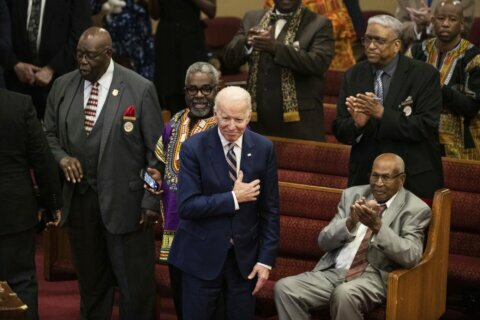 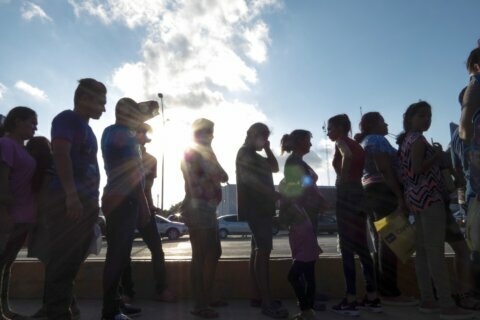