The suspects were taken into custody Monday for the shooting that happened around 2 a.m. Sunday at Mac’s Lounge in Hartsville, said Lauren Baker, a spokeswoman for the city.

Darius Grant Dickey is charged with four counts of attempted murder and five other charges, Baker said in a statement that added the investigation continues.

A second suspect is in custody, but that person’s name will not be released until police serve additional arrest warrants, Baker said.

Dicaprio Collins, 21, and Bryan Robinson, 29, were killed in the shooting, Darlington County Coroner Todd Hardee said. Four others were hurt and taken to hospitals, Baker said.

A judge denied bond for Dickey, who did not have a lawyer at his hearing Monday afternoon.

According to its Facebook page, Mac’s Lounge also serves as a music venue. Hartsville is about 75 miles (120 kilometers) southeast of Charlotte, North Carolina.

Investigators have released little information about the shooting.

Democratic state Sen. Gerald Malloy called the shooting a “senseless loss of life” on Twitter. He said the club is about two blocks from his law office and he spent hours Sunday at the business.

A witness described a chaotic scene as bar patrons ran for their lives.

Samuel Dupree told WMBF-TV he was dancing when he heard something that at first sounded like a firecracker, but he turned and saw the gunfire. He said people in the bar were rushing toward the exit.

“People were trying to get through that tiny door and they couldn’t,” he said. “I helped someone up off the ground I saw get trampled. I’m not going to let this person just die from getting run over.”

The South Carolina Law Enforcement Division and the U.S. Marshals Service are assisting Hartsville police with the investigation. 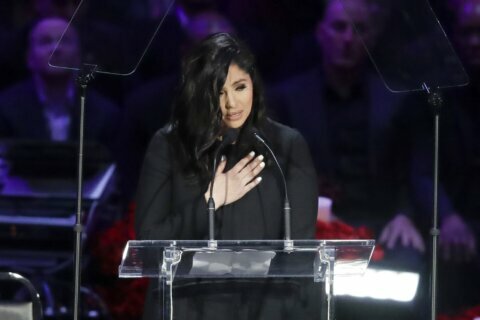 Court papers: Woman wrote ‘give up’ in ricin note to Trump