SAN DIEGO (AP) — The Latest on California Republican Rep. Duncan Hunter saying he will plead guilty to the misuse of campaign funds and indicating he will leave Congress (all times local):

Two Republicans and one Democrat running for Rep. Duncan Hunter’s seat say the California Republican is making the right decision to plead guilty to the misuse of campaign money and leave Congress.

All three contenders say what Hunter did was wrong. Hunter is facing charges he looted campaign cash to finance vacations, golf outings and other personal expenses.

Hunter tells KUSI television in San Diego he will plead guilty Tuesday in San Diego. He says he wants to protect his children from enduring a trial.

U.S. Rep. Duncan Hunter says he will plead guilty on Tuesday to a charge of misusing campaign funds.

The California Republican is facing charges he looted campaign cash to finance vacations, golf outings and other personal expenses, a judge said Monday.

He tells KUSI television in San Diego he is changing his plea to protect his children. 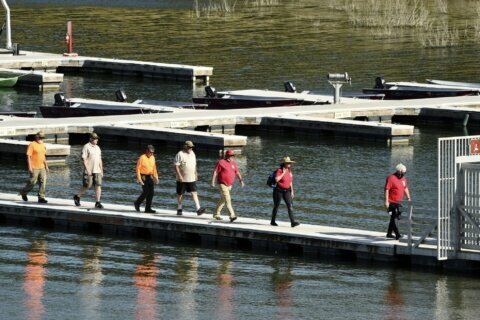 Authorities search for ‘Glee’ star believed to have drowned